This post is probably a day or two late and a dollar short, but since I have a ton of catching up to do, this seemed a manageable place to start today. Beware, my kid is probably going to factor in heavily here. 🙂

1. What did you do in 2016 that you had never done before?
Saw a positive pregnancy test, grew a human, birthed that human, struggled to figure out how to care for a newborn. I mean, let’s be honest: this year had A LOT of firsts.

2. Did you keep your new years’ resolutions and will you make more for next year?
My 2016 goals (as usual) were many. But honestly, after finding out we were expecting many of them were just not feasible. I am pround of a few things though: I sent a ton of birthday cards, I spent a good amount of time with friends and family, and I finally got a damn headboard for our bed! (If you’ve been reading here a long time you know that’s been a goal for like…YEARS. I don’t know what the hold up was.)

3. How will you be spending New Year’s Eve
We spent our NYE “sleeping when the baby sleeps.” He’s going to bed between 7:30 and 8 these days and I’m rarely up for more than an hour after he is. I guard my sleep like a crazy person, and I caught the Mariah Carey disaster when I woke up in the middle of the night to feed him. It made me glad I didn’t stay up.

4. Did anyone close to you give birth? Did anyone close to you die?
Yes! My family had so many births this year it was so exciting! My cousin Jenny gave birth to a son 6 months to the day before I did. My cousin John and his wife gave birth to a son 3 months after Holden was born. It’s so fun that we had three baby boy cousins all born in the same year. The thought of them all growing up together like I did with my cousins just melts my heart.

There were also a ton of babies born between some great co-workers of mine. There was a serious “Don’t drink the water” situation happening at work because I think there were 8 of us having babies around the same time. Nuts.

As for anyone close to me dying — we had to say goodbye to my sweet Buster and I am still not over it.

5. Did you travel this year?
After we cancelled our official honeymoon to Maui when I had serious morning sickness, I didn’t think to much about travel. Some years are exploratory, and others you stay close to home. This was the latter and it was great to nest, reorganize, and focus on the homefront.

6. What would you like to have had in 2017 that you didn’t have in 2016?
Not much. This year was so full of literal blessings that anything I could have wanted for has been completely overshadowed.

7. What moment from 2016 will remain etched in your memory, and why?
This one has that “etched in my memory” vibe. 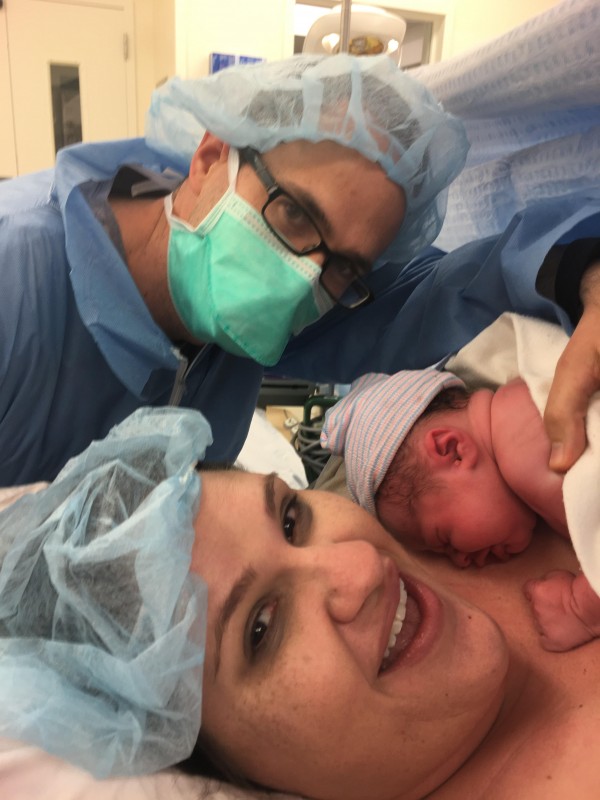 8. What was your biggest achievement of the year?
You know, I would say successfully navigating my life with a real understanding that I am not in control. I mean, yes, that sounds a little hippie woo-woo and, no, I’m not a recovered control freak yet; however, 2016 was a real practice in that area and I feel accomplished at the end of it.

9. What was your biggest failure?
Writing here. And I mean that. 2016 feels like a huge success in so many ways. It’s a year I’ll remember forever. But I definitely felt a hole where this blog lives. I know people are saying blogs are dead, or rather the personal (non corporate) blogs are dead. But I’m just not ready to believe that. This has been my life’s scrapbook for over a decade now. I’m not quite ready to let it go.

10. Did you suffer illness or injury?
I went through the entire year illness free though ironically it is the year I vomited the most in my entire lifetime. (Sorry, but it had to be noted. UGH Do. Not. Miss. That.) As far as injury goes, nothing official, but I’ll tell you what — having a c-section is no joke and I feel like my body still has some ground to gain in the muscle department. But I’m doing it smartly and slowly and with absolutely zero judgment about my physical appearance. Having a baby has been so liberating in that way!

11. What was the best thing you bought?
It’s probably a toss up between this and this. And of course I didn’t buy either of them, my mom gifted them both to us and OBVIOUSLY moms know best.

12. Where did most of your money go?
Into our savings account. We would like to buy a house this year so we were total misers in 2016.

13. What song will always remind you of 2016?
So I cried the entire way home from the hospital after Holden was born (birth story forthcoming in 2017, I promise) and all I can say about that is — Hello, hormone dump! Ok, and also a little bit of panic. But my point is:we heard this song like 3 times on the drive home from the hospital. Then at his first pediatrician appointment we heard in multiple times on the way there and on the way back. (Sacramento radio, play some variety would ya?) Anyway, we started calling it Holden’s song and it will always remind me of this year.

14. What do you wish you’d done more of?
Written here. Read books.

15. What do you wish you’d done less of?
Not much. I had a really lovely year. I mean, I guess I wish I had worried about my child less (before he was born/after he was born), but I don’t think that will stop anytime soon.

16. What was your favorite new tv program?
Like everyone else in America I adored Stranger Things. I hope it doesn’t have the Netflix Season Two curse because I’m really looking forward to a new one.

17. Compared to this time last year are you:
Happier or Sadder – Immensely happier.
Fatter or Thinner – Well this is a weird one. I’m about 20 lbs below my pre-pregnancy weight (Thanks breastfeeding!) but I know so much of that is muscle, which makes me sad. So I guess fatter, but I weigh less…LOL
Richer or Poorer – Richer in all the ways that matter.

18. What was the best book you read?
Did I even finish a book last year? Sigh.

19. Greatest Musical Discovery?
Old lady alert: I finally figured out how to use Spotify in a way that enhances my life. And for some reason this year I also revived my love for Country.

20. Favorite Film of the year?
The only movie I remember watching was that hypnobirthing movie and I can’t say it was a favorite. 🙂

21. What did you do on your birthday and how old were you?
I turned 38 a mere 16 days after Holden was born and the morning of my birthday Garrett made sure I got a 4 hour stretch of sleep and it was the first one I had gotten in those 16 days and boy did it feel like a gift!

22. Greatest Food Discovery?
Anything that can be eaten using only one hand got my stamp of approval. 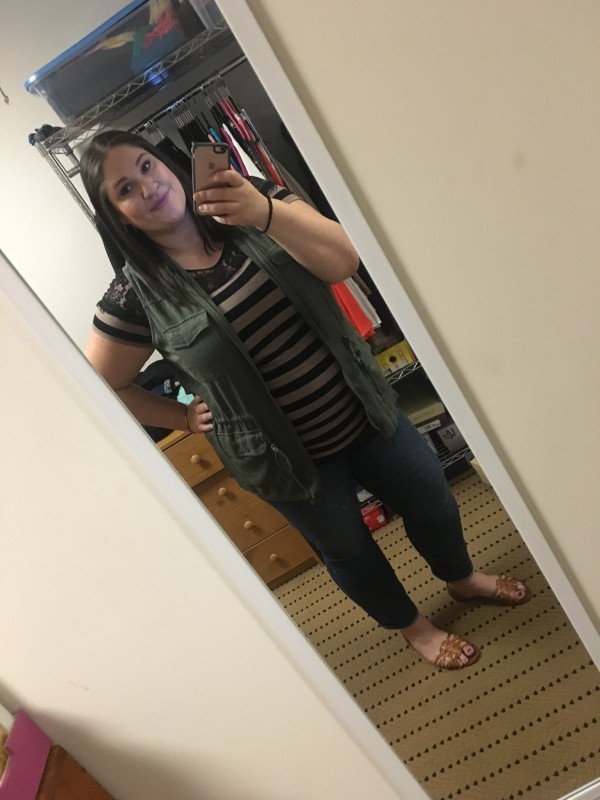 24. What did you want and not get?
Another year with Buster.

25. Tell us a valuable life lesson you learned:
Gratitude (and lots of coffee) can get you through anything.

26. What pictures best represent 2016?
My Instagram Feed for certain. I mean, yes it has turned into a lot of baby pictures. But let’s be real, that is the best representation of 2016.

Hope you all had a lovely holiday. I’m wishing you a renewed 2017 and I hope we get to chat more around here in the coming year. I’m going to try and do better at that. Thanks for being patient.