Faithful Companion. Pillow Stealer. One of a Kind. 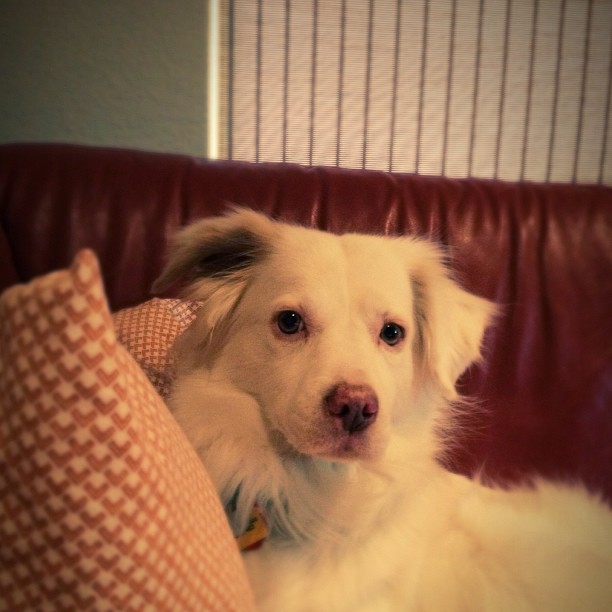 Saturday night we made the gut wrenching decision to say goodbye to Buster. To say that we are heartbroken doesn’t even begin to scratch the surface.

While the decision was, thankfully, very clear in the end it does not take away from the absolute devastation that we are currently experiencing. I am speechless to describe how low we are feeling, and every sentence I type sounds so melodramatic. But the truth is this: it is the largest loss I have felt since my dad passed away, and I had forgotten how physical the pain of loss can be.

Grief is so non-linear, and it feels strange to be managing it amongst the minutiae of daily life. To be experiencing it side by side with the joys we are going through as parents to be. 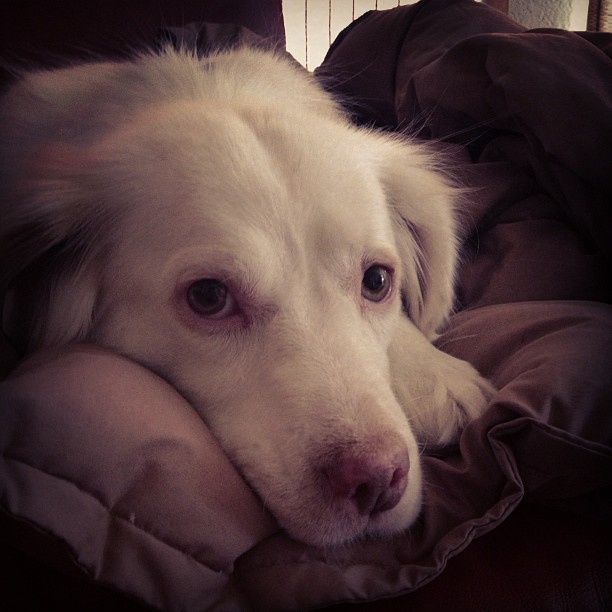 Four years ago when Buster walked into our lives, I was not confident that I could take care of something that was so dependent. As his health problems escalated over the years, I not only developed confidence but I became almost dogged in my desire to give this dog the best life possible despite the poor genetic hand that he had been dealt. We were constantly searching for answers to his health problems, and while I knew we would find them someday, I didn’t think that it would be the same day that we had to say goodbye.

I am angry because we were hitting our stride as a family. While things were never “normal” with Buster, we had gotten to a place of effective management with all of his challenges. Food allergies. Environmental allergies. An autoimmune disorder. Chronic Ear Infections. Eye Lesions. Mouth Lesions. Nose Lesions. Inflammatory Bowel Disease. A mis-shapen stomach. All things we knew how to deal with. Make no mistake, we knew he was not going to be one of those dogs who lived to be 20 years old. It was inevitable that one day we would part ways, but I am angry that he was barely 8 years old, and this was the end of the road.

There was a point, about a year ago, where it began to feel like Buster was brought into our lives specifically to help demonstrate that we could, in fact, take care of something. We had both been cautiously considering trying to have a baby, and after surviving years of the team work required to address a dog with a number of special needs, we began to feel like “Ok, maybe we actually can take care of a human.” It feels bittersweet to know that Buster won’t be here to help usher in the baby that he helped us prepare for. 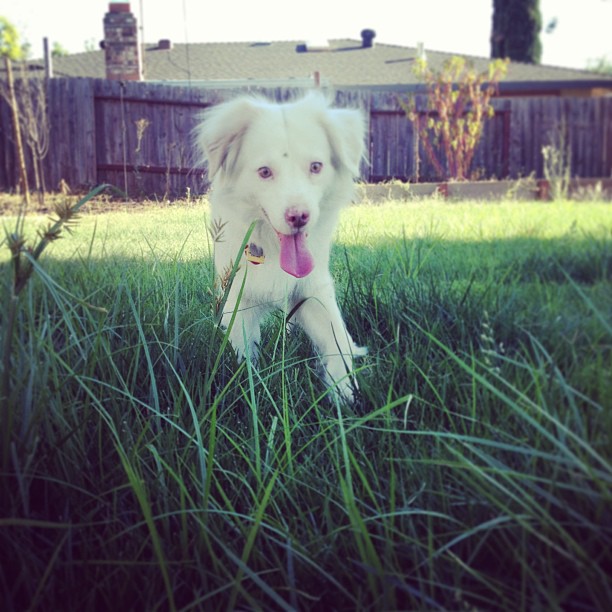 Over the years, unknowingly, we rearranged our lives for Buster. Never leaving him for too long. Learning to recognize his barks. Understanding the sounds and needs of his tiny little overworked body in an effort to anticipate the intervention it would need before a problem could escalate. I even joked with a friend recently how I ashamed I was that I would drive him to another neighborhood for walks (TWO BLOCKS AWAY) because it was quieter than ours and Buster could be skittish around cars, and no longer enjoyed walking down the one busy street it took to get there.

But it wasn’t really shame, actually. There was joy in that accommodation. Finding small things I could do to make his life more enjoyable or more surprising was such a simple form of happiness for me. For both of us. And it’s happiness that I am reminded of during so many parts of my day now, but then it is quickly replaced with a feeling of loss, like a punch in the gut. No longer needing to leave the lights or the tv on while running out to do an errand. No longer joking with him “Ok, buddy — Don’t buy anything on QVC while I’m gone” before heading off to work in the morning. No longer needing to look down before I put my feet on the floor first in the morning to make sure I’m not interrupting a snoring puppy. They were silent gifts that no longer have a recipient. 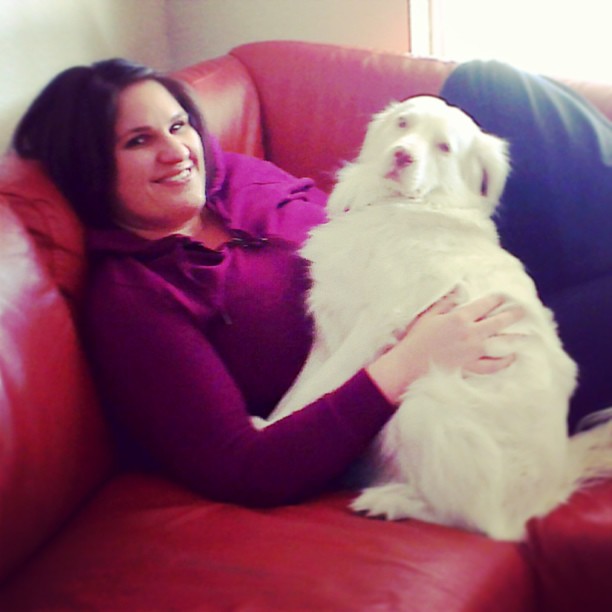 Where there was joy and love, it is now just quiet and empty. My house that was full of lightness and brightness a week ago all of a sudden feels dark and hollow all at once. It’s amazing how these habits came about so seamlessly that I honestly didn’t even realize we were going out of our way. It just felt like part of loving him. A love that he returned so unconditionally, every single day.

Our hearts have a permanent hole without him, and while I know from experience that we will get through this one day at a time, and that we will think more about the gift he was instead of about the loss we feel, right now it seems like we are at the bottom of a very steep mountain. 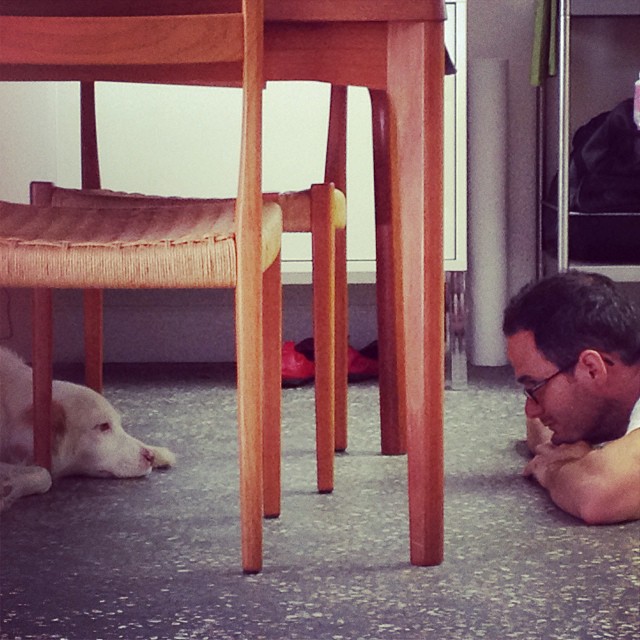 18 Responses to Faithful Companion. Pillow Stealer. One of a Kind.