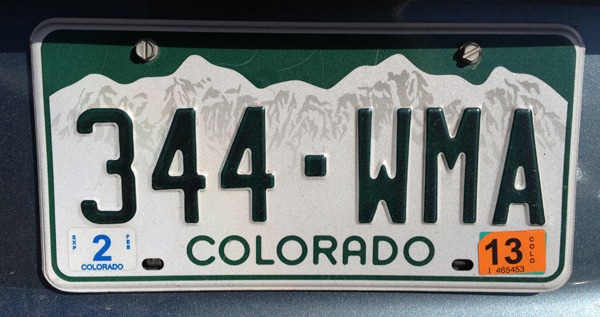 When we last left off I believe I was eating at The Best Paleo Potluck Ever in The Best Backyard Ever. There were lots of bests on this trip as you can tell. In case I need to convince you again, this was the backyard. 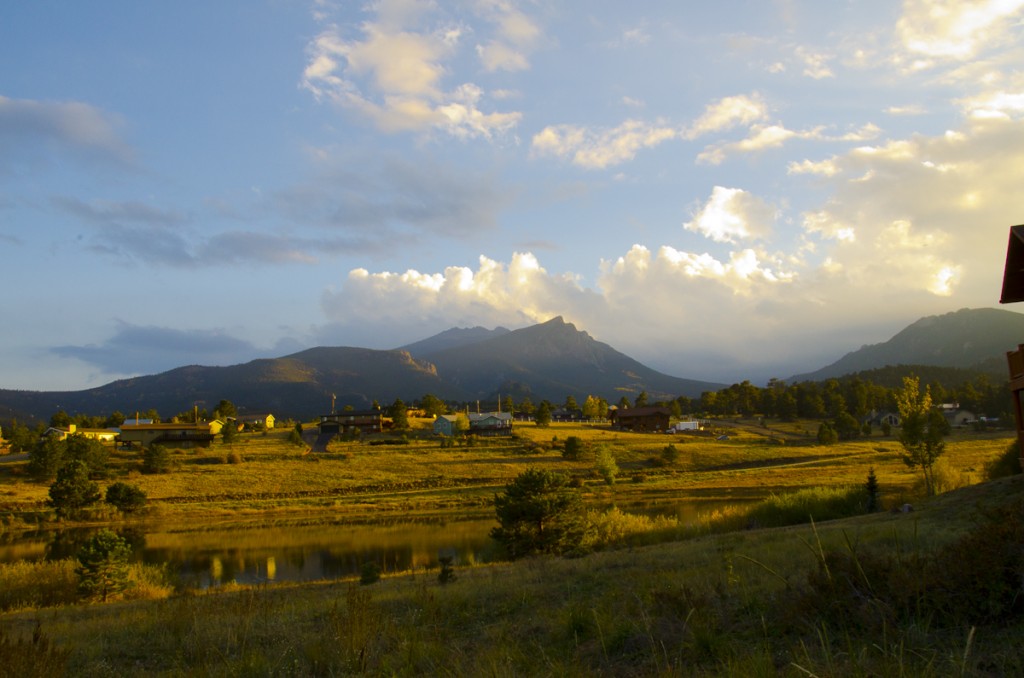 STOP IT. THE BACKYARD. OHMAHGAWD.

It was pretty awesome. (And so was Mel’s other half Dave for sending me this pic to use or else I would have NONE. Thanks Dave!)

After admiring all of the beauty (and eating WAY too much!) it was early to bed and early to rise because on Saturday morning — IT WAS SHOWTIME! Our Paleo Conference started early and Melissa was our first speaker. She gave an informative overview of Paleo, set the foundation for the day, spoke about ways to take your food from Boring! to Bada Bing! and generally entertained the crowd with her sparkling personality. Melissa is just like she comes across on her blog, AND THEN SOME! This is notable on the internet, because certainly you may have met a person or two who is hilarious and awesome on their website and sort of snooze-ville in real life, right? Well Mel’s website is a 10, but in real life, she’s AN ELEVEN. It was totally inspiring to watch.

Afterward we had a break for lunch and YMCA of the Rockies was cooking all sorts of delicious stuff from Well Fed. I would tell you how amazing it was, except I didn’t actually eat anything. I was TOO NERVOUS. I know, I’m kind of a spaz. But this was a big deal, and (surprisingly) enjoying a good meal was the last thing on my mind. Luckily Michelle hooked me up with some chicken jerky so I didn’t totally starve (ha!) What a gem, right?

Then it was my turn to present — eeeeeeeeeeeeeeep! Dave sent me a number of pictures of myself presenting and when I showed them to Garrett he got really excited about this one. “Look, this is the face you make when you are listening. I so rarely get to see this face!” 🙂 hehe 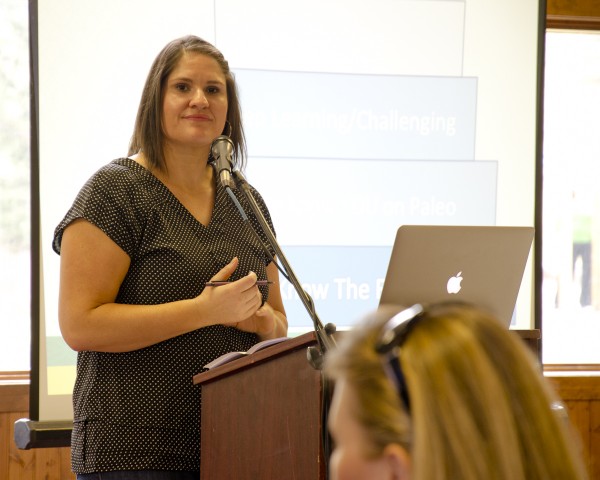 Trust me though, I also did plenty of talking! I told my story of finding Paleo and talked about some strategies I have used to take it from “A Diet” to “A Lifestyle.” I showed lots of embarrassing pictures of myself (natch) and tried to keep it entertaining. The crowd was amazing and responsive and friendly-faced which made the whole experience so meaningful. You could feel the love in the room and my nervousness dissipated shortly after I started. Michelle took the stage in the afternoon and talked about her Carb-Addiction Recovery Plan and also showed some silly pics. She spoke about her journey to Paleo, and also how she has managed to transition her kids to this lifestyle — which was no small feat! I socked that information in my mind for any potential future battles. Michelle was so charming and honest and also came armed with some serious food knowledge (AND SAMPLES!) She did a cooking demo with her Magic Mushroom Powder (available as part of her iPad App), made some Spicy Pineapple Salsa with Julie from PaleOMG and had prepped some Slow Cooker Kalua Pig for the crowd to sample, which HOLY MOSES WAS DELICIOUS. So delicious that I went home and immediately made one for Garrett and I the day we got home. THAT GOOD, PEOPLE. It was an action packed day, and when we were through I think we all exhaled and the only options were to completely collapse and go to bed at 6pm? Or rally and eat Mexican food. If you know anything about me at all, you know how I cast my vote. If you can believe it, we did end up closing down the entire downtown area! PARTY ANIMALS! Well, except that the entire downtown area closes down at about 9:30pm. But it was perfect! We felt like rockstars, but still got to crash into our beds at a decent hour after a job well done. Saturday night was a great mix of relief, accomplishment, and potential. And I slept the best I had all week.

To counteract all of the good feelings I was having, I headed out Sunday morning to do kettlebell work and burpees with the folks over at CrossFit Estes Park! ha! One must take the good with the bad. And burpees at elevation are VERY VERY BAD. 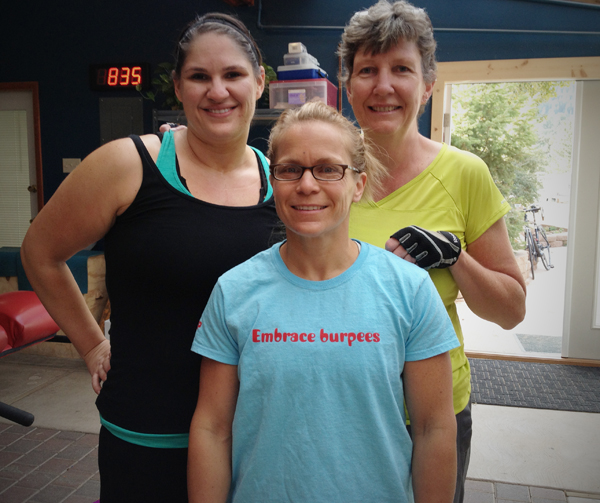 Cathy, I think your shirt is some very wishful thinking. 😉

So thus far the weekend had been great: Our presentation was a success, our workouts were fun, I had survived burpees at elevation, and all was going swimmingly until I took a kettlebell to the shin. What a clumsy dork, right? Of course I couldn’t get out of Colorado unscathed… 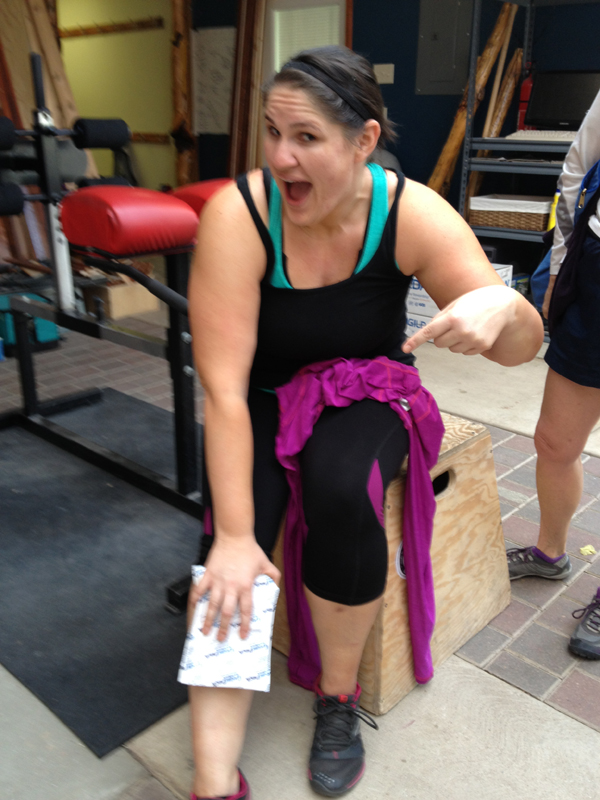 But it was nothing that ice and a little cheesy tourism couldn’t fix. After the wod I grabbed a plate full of bacon and eggs, met up with the group and then we headed over to do the Ghost & History Tour at The Stanley Hotel. 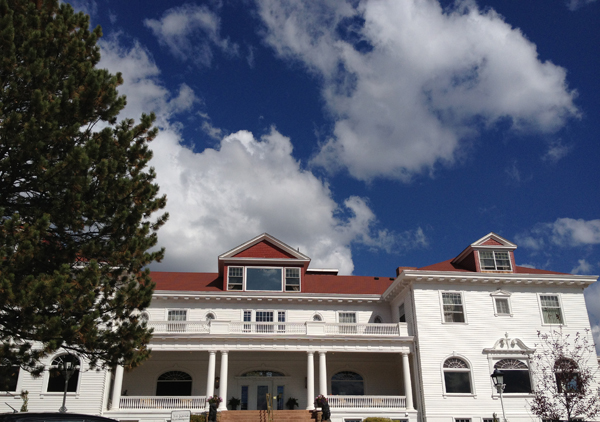 It was super fun (if not a little freaky) to hear all about how the hotel came to be, the hauntings, and of course how Stephen King used it for inspiration for The Shining. The mini-series is totally getting Netflix’d now! Sadly, I had to go home and pack and head out to the airport after the tour, so I said my goodbyes and hit the road. It was hard to leave Estes Park. Partly because everywhere you turn there is some beautiful specimen of nature. This was the scene as I was exiting the YMCA to go to the airport: But the other part was because as I was driving out of town I was acutely aware that this weekend had been a game-changer. I met some amazing and talented people and I had some unreal experiences. I got to do things that scare me and interact with people who were embarking on some pretty scary challenges too. There was such an energy about the weekend that I honestly can’t even put into words. It just felt like it was all meant to happen. And as I drove out of those beautiful mountains on Sunday afternoon, I was just so overwhelmed with gratitude that it actually had.
*****

Michelle and Melissa have also written some great recaps (with some seriously stellar photography) that you can check out here:

The Colorado Adventure (Part One)

I am just now realizing — in this very moment, actually — how flawed my logic was for coming back from a very awesome, action packed, emotional trip to Colorado, and then quitting coffee the very next day. Highest highs and lowest lows, people.

If you remember, I am quitting coffee as part of The Great Skincare Experiment, and I really want to slap myself in the face right now for even coming up with this idea, but I’m actually too tiiiiiiiiiiiiiiiiiiired to lift my arm up and follow through. That said I do want to tell you about Colorado! But I have to break it up into chunks because I will probably need to take a nap in between.

When we last left off I was heading up to Estes Park to get settled at the Conference venue.

Can we talk for a second about the YMCA of the Rockies? I don’t know what the YMCAs look like in your neck of the woods, but in Estes Park, the place is like a full functioning resort + conference center. It was pretty amazing and I was immediately sort of overwhelmed! I checked in to my room, dragged all 77lbs of my luggage up some stairs (stupid, stupid idea when you are a mile and a half above sea level) and opened the curtains in my room to find this view out on the balcony: The drive up had been gorgeous, but I have to say I just wasn’t really prepared for all of the beauty that Colorado had to offer. I think we get a little spoiled here in California with pretty things to see, and I was just so struck by the vastness of it all.

Shortly thereafter I met up with Melissa and her other half Dave and we headed over to meet Cami + Cathy who were involved with organizing the event. We had some tasty wine and fun conversation and there were definitely a few times I wanted to pinch myself and say “How the heck did I get here in this beautiful place with these awesome people?” I would repeat that quite a bit to myself this entire weekend, let me tell you. We told stories and had some laughs and then later we grabbed some dinner and then it was off to bed because Friday morning, the menu included our first WOD with the folks over at CrossFit Estes Park. Sure we were sort of on vacation, but you know the rules: CrossFitting at this elevation is no joke, but no one even laughed at us 🙂 That’s Cami and Cathy with us below — they were the best hosts you could ask for! Afterwards we headed out for some post workout grub and I piled my plate high with eggs and potatoes. Yep, I said potatoes — did you catch that? Lots of new research showing the white potatoes are right up there (with respect to nutrient density) with sweet potatoes. I’m not telling you to go out and dive into a vat of mashed potatoes three meals per day, but what I am saying is that HASH BROWNS ARE GOOD and you should eat some.

Speaking of good eats, Cathy hosted a little party at her house on Friday night to welcome us all and because I’m a nut job I wore turquoise pants. Are you on the fence about purchasing a crazy colored pair of pants for fall? Please do it! I beg you. They will make you ridiculously happy every time you put them on, I promise.

Turquoise pants aside, it was THE BEST PALEO POTLUCK I HAVE EVER BEEN TO. I would show you all the food I ate, but I was waaaaay too busy chowing on it. Luckily Michelle documented every delicious bite. It was hosted in basically the most beautiful backyard I have ever seen. You can even tell with only a crappy iphone photo, right? I’ll be back tomorrow to give you the rest of the recap, you know assuming I survive the day without caffeine. Wish me luck?