The Most Wonderful Time Of Year?

Guess what time it is? 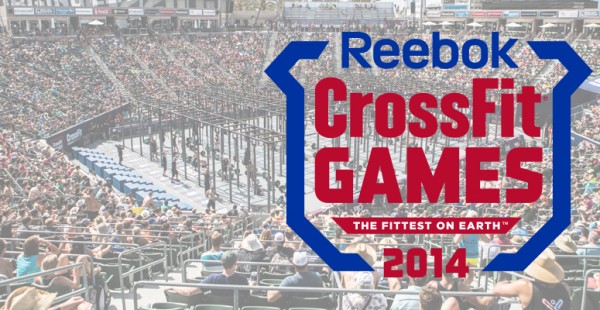 If you have no idea what I’m talking about, consider yourself lucky. 🙂

But since I’ll probably mention it a time or two over the next 5 weeks, here are the cliffs notes from good old Wikipedia:

In 2011, the Games adopted an online format for the sectional event, facilitating participation by athletes worldwide. During the “CrossFit Open”, a new workout is released each week. Athletes have several days to complete the workout and submit their scores online, with either a video or validation by a CrossFit affiliate. The top CrossFit Open performers in each region advance to the regional events, held over the following two months. As of 2013 there are 17 regional divisions, including 12 in North America (North West, Canada West, Canada East, North Central, Central East, North East, Mid Atlantic, South East, South Central, South West, Southern California, and Northern California), and five in the rest of the world (Europe, Asia, Africa, Latin America, and Australia). The top athletes (up to 3 of each gender) from each region are eligible to compete in the CrossFit Games.

They began last Thursday with the release of the first workout (Aptly called 14.1 — as in Workout #1 of the 2014 CrossFit Games Open): 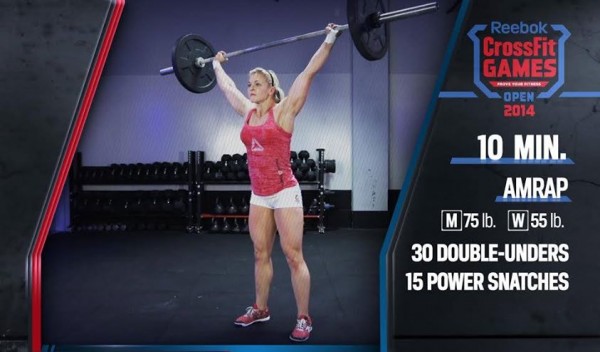 To be honest, I almost didn’t sign up to participate this year. I am not feeling in the best shape, I am only starting to get my workouts back on track after a year of inconsistent training, I am carrying some significant extra lbs, and I just thought the stress of doing a weekly workout that was “officially judged,” that would most certainly be hard for me, that I would then have to make public each week — ARGH — it was just something I wasn’t really feel like I was needing in my life at the moment.

But the more I thought about it, the more I remembered what a fun time it is at the gym just participating. And usually when people are new and they are scared to sign up I always say “Don’t stress! It’s a great bench mark and the scores don’t matter! It’s just for fun and so you can see your own progress.”

So, AHEM, I figured I needed to put my money where my mouth is and just sign up. IT’S FOR FUN, and dammit I’m going to have some doing it! (Also, if we’re being honest, I didn’t want to have a blank year in my Games Profile because then my data would be messed up and YES I AM A CRAZY PERSON THANK YOU FOR ASKING.)

Garrett + I spent a lot of time nervously speculating on what the workout would include and my only hope was that it would include snatches. And it did! Hooray. Too bad it also included double unders. Double unders and I get along most of the time, but when I am off, I am ROYALLY OFF.

Saturday we headed down to the gym to do this beast, and let me tell you it was a rough 10 minutes. I had shortened my rope the night before and about 2 minutes into the workout I realized that had been an ENORMOUS mistake. Not that I thought I would end up doing a million rounds of this, but it was just clear early on I was not on my game. Double unders are also SUPER mental and once you let a few misses get in your head, it’s the pits. It was hard to eek out 100 reps. Luckily Garrett and I both felt sort of disappointed in our performances so we hatched a plan to retest before work today, which meant going to the 5am class.

5 am and Double Unders are just a special way to start a Monday. 😉

Anyway — in the end it was great — I added some additional reps to my score (171 in the end), and I just felt like it was more representative of my skill level right now. I am still feeling super out of shape (FOR ME) right now, AND HOOOOOOO BOY will double unders remind you that you are out of shape (gasping for air – hey, let’s go do some snatches), but at least I feel like this is more representative of where I’m at. Saturday was just a mess. So Workout #1 is in the books and now it is on to the next! The workouts get progressively harder as the weeks go on and I usually tap out around workout # 3 because it always seems to have MY NEMESIS Toes to Bar in it, so I am excited to see what’s coming next.

Until Thursday, we’ll just be over here tapping our toes, waiting.