Out of Office Reply

I know I’ve been a blogging slacker lately but after this weekend, that will all change I’m sure.  I’m off to The Blathering this weekend in Chicago for 48 hours of fun and fabulousness, and aside from the fact that my plane leaves in about 12 hours and I haven’t packed, I couldn’t be more excited.

See ya on the flipside! 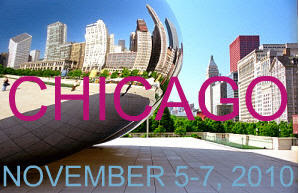 3 Comments
POSTED IN: Sacramento, The Blathering

13 Things You Should Know If You Have Never Met Me

Do you know what is scary? Making friends as an adult.

You move to a new place, don’t know a soul — I mean, who do you invite over to watch Real Housewives of Atlanta and then discuss how trashy Kim is? Who gets you motivated after you fall off the fitness wagon and skip the gym for the frumdillionth time? Who do you talk to about the crazy people that you just spent 5 hours with in the waiting room of Kaiser’s Urgent Care?

I’ve been lucky enough, since moving to Sacramento, to make some great friends at work, through Junior League, and of course some of my besties have ended up moving to this area. But do you know where I did not expect to make friends?

When I started this blog in 2006 I did it to have a space to pour out all the crazy drivel brewing up in my head throughout the day. But instead, I have had interactions with people from ALL OVER THE PLACE, and I never would have guessed how meaningful or exciting that would be.

That being said, I am meeting a bunch of fun bloggy peeps this weekend at The Blathering. I still can’t believe someone organized something here in little ol’ Sac and can I tell you, the roster is chock full of some of my favorite people to read. I can’t wait to meet these ladies in person. And with that in mind, here are a few things you should know about me, if we have never met:

1. I am loud and obnoxious. I’m telling you this because whenever I meet people at first they think I am really quiet and polite. It’s cute.

2. I don’t shy away from discussing polarizing issues, so I’m just going to come out and say I like Rachael Ray. I don’t always like her food, but I think she is a pretty inspiring entrepreneur and certainly likeable to the vast majority. That’s about as polarizing as I get, so if you want to have a heavy conversation that involves lots of healthy debate, maybe talk to the gal sitting next to me?

3. I’m happy to be in my 30s and I don’t at all feel any sort of dread about aging, but the other day I looked an LL Bean catalog and thought everything was cute. I immediately ran to the mirror and looked at myself and said HOLY SHIT, I THINK I MIGHT BE GETTING OLD. Also, after many years of saying “I don’t know if I’ll have kids,” I am officially on the baby crack wagon and I want one. Like, Now. I guess I’m just saying I might be having a little bit of an identity crisis, so who knows what will come out of my mouth. Watch at your own risk.

4. Nothing really embarrasses me, so I freely make an ass out of myself on the regular. This is especially true once I get a cocktail or two in me. That being said, I pretty much want to crawl under a pillow when I watch the audition portions of American Idol and So You Think You Can Dance. Earnest effort (when the byproduct is awful and all of America is laughing) makes me turn fuschia!

5. I like to do things that scare me a little. If I’m not challenged, I get bored.

6. In the past I have been prone to snap judgments. If you would like to read about what a bitch I was to my boyfriend when I first met him, solely based on his previous employer and the amount of gel in his hair, read this. It almost didn’t work out because I was all Judgy McJudgerpants and let me tell you, that taught me a valuable lesson.

7. Speaking of that boyfriend, he hates that I write about him on the internet. Yet he loves that I do arbitrary things like go to bloggy events where I meet strange people from the internet. He’s a contradiction, that fellow. But I guess that’s why I love him. Another reason? He looks a little bit like Penn Badgley and I have a baby crush on Dan from Gossip Girl.

8. I know I called you a strange person from the internet, but I don’t really think you’re strange. Actually the fact that are even going to The Blathering already makes you cool in my book because — hi, large groups of women you don’t know can be scary! To this day I still can’t believe I survived Sorority Recruitment.

11. I have a sink full of dishes calling my name right now and I just told them to Eff Off! This is why I don’t work from home very often because I end up talking to the silverware. Also, I was serious when I mentioned in that questionaire how much I HATE doing dishes. I need a dish fairy!

12. I LOOOOOOOVE tomatoes. For a while I used to tell people that if I could only eat one food for the rest of my life it would be tomatoes. But then I discovered sushi, and amended that answer quick!

13. My car does not have air conditiong. It is 900 degrees outside in Sacramento and I am delicate like a flower (ha!). The weather here does not really promote driving in a car with no air conditioning so if I show up somewhere and I’m hot as hell, and everyone else seems fine, it’s not because I have weird temperature control issues, it’s because I just drove through the fiery flames of hell to get here. I like to think of myself as dedicated, but you just may think of me as sweaty.

You’re excited to meet me now aren’t you?

Related: Things You Might Not Know An oldie, but informative and still true.

7 Comments
POSTED IN: Sacramento, The Blathering