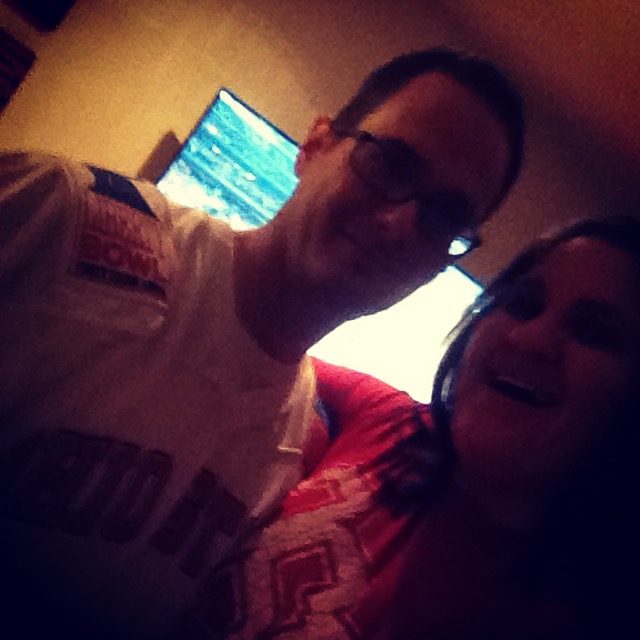 Garrett was out of town last weekend and instead of relaxing and just enjoying my alone time I ran 900 million errands and cooked enough food for an entire town. Our freezer is overflowing. I have a tendency to do things like that when I have a long stretch of free time ahead of me, and then I get to Sunday night and I’m like “Wait what, I have to go back to work? BUT WHERE WAS MY BUBBLE BATHING AND COUCH LAYING TIME?”

It turns out this week has been (somewhat unexpectedly) busy, so even though I didn’t relax a ton this weekend I am so freaking happy to have so much ready to eat food in my fridge. I made some yummy stuff and thought I would share because most of them are good recipes for batch cooking and popping in the freezer or for just enjoying throughout the week – ALREADY COOKED!

***I made a batch of Mel’s Persian Spiced Winter Vegetable Soup and it might be the thing that made my kitchen smell the best all weekend! Onions, garlic and butternut squash softening in ghee is about the most blissful thing ever. And that’s before you add in all the spice deliciousness. 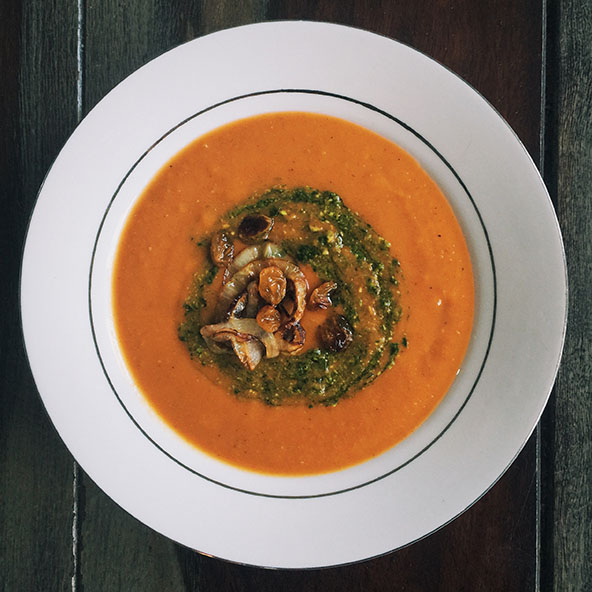 The only change I made was upping the Aleppo Pepper to 4 teaspoons because we are crazy people who love spicy/hot food. We ate this for dinner on Monday night with some crisped up kielbasa chunks on top to make it a meal. This recipe is a 10 and would freeze beautifully and we ate it while watching Ohio State trounce Oregon. Besides tasting good this soup might also be a good luck charm! 🙂 (A few people have asked me why we Californians love Ohio State so much. It’s a family thing – this is Garrett’s grandpa’s brother so his family has a lot of OSU pride that has rubbed off on me.)

***I also had 4 lbs of stew meat on hand so I used half of it to make AndreAnna’s Asian Orange Beef. I’ve sung the praises of this recipe so many times (it’s an all time favorite of Garrett’s) and we usually either make cauliflower rice or roast cauliflower like we did last night because it pairs so well. I add an extra yellow onion to the simmer, use mandarin oranges in a jar from Costco as well as add a few Tablespoons of red pepper flakes because, again WE LOVE THE HEAT. It’s bomb diggity! 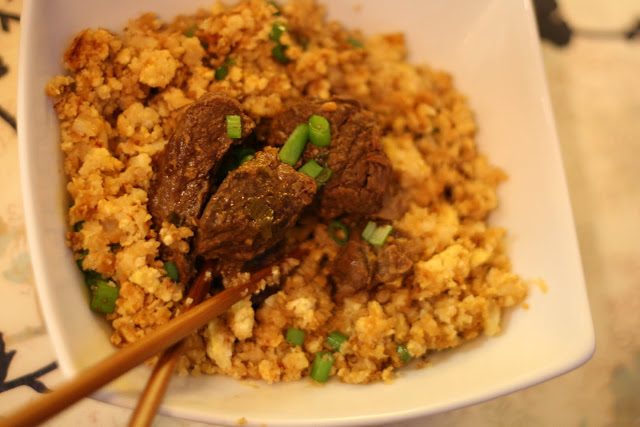 ***With the other 2 lbs of stew meat I tried a new (to me) recipe for Slow Cooker Garlic and Rosemary Beef Stew. I was stranded at home for a bit on Saturday because I had to wait for AAA to come replace my VERY DEAD battery in my car so while I was waiting I browned the meat and got it all crockpot ready. 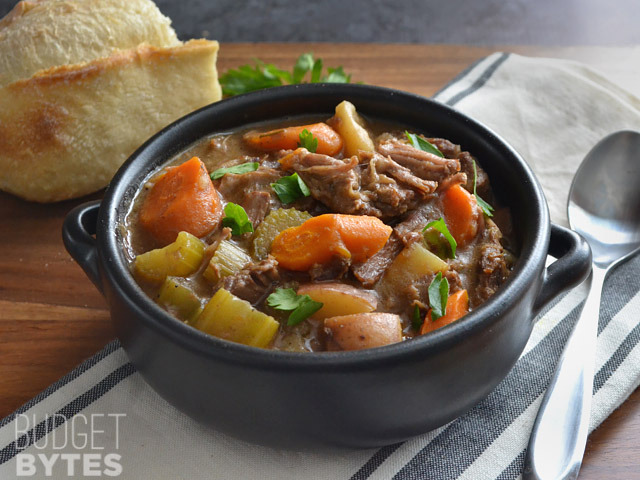 It was a quick assembly but when it was finished cooking it was a little bit…gray? The flavor was SUPER good though so I salvaged it by adding some Kitchen Boquet. I feel like the fact that I own (and occasionally use) this product is some sort of culinary crime, but we’re all friends here so I’m just going to tell you I sprinkled a few drops in and it turned my stew the perfect brown. I obviously prefer a stovetop/oven but desperate times, you know. Like I said, the flavor was great!

***Lastly, I made a completely unhealthy, completely comfort food dish which I know is just so not a “January” thing to do but I could not resist. On Christmas Eve my aunt makes this really delicious (completely non-paleo) lasagna that everyone just dies over. She sent me the recipe in the mail and I happened to grab the mail on my way to the grocery store on Sunday. When I opened the envelope, my impulsive nature reared its head and I was like “I’m making a gluten free version of this IMMEDIATELY.” And I did. 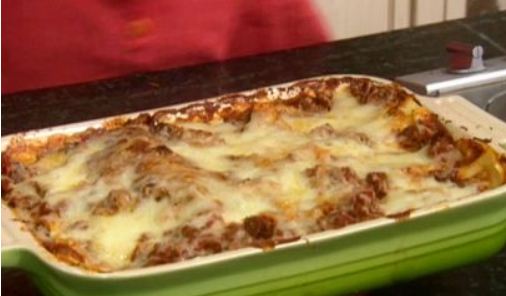 I would actually call myself someone who DISLIKES lasagna. It’s just never all that great to me, but for some reason this lasagna recipe is life changing. Now I wouldn’t call it nutritious at all, but sometimes you just have to live a little. I gave some to Garrett in his lunch on Monday and right about noon he sent me this: 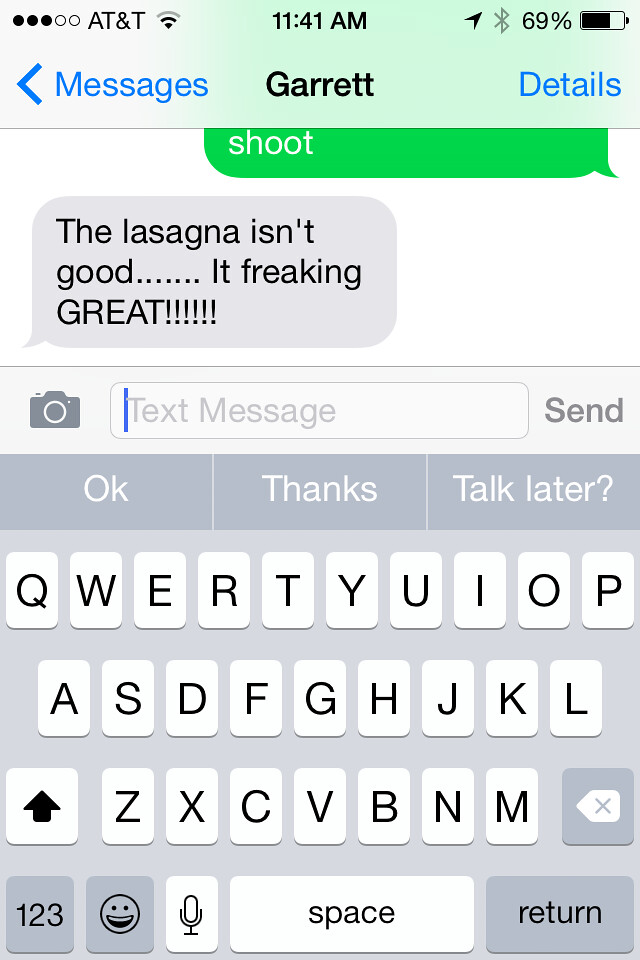 *As the icing on the cake I baked this Ground Beef and Spinach Egg Casserole but I used pork because we had some on hand. Still delightful!

I also mixed up some smoked salmon salad with tons of celery and Sir Kensington’s Chipotle Mayo. Yeah, you need to run out and pick some of THAT up, lemme tell ya. I am also not a fan of mayonnaise (unless it’s homemade) so we rarely have it in our fridge but I picked this up on a whim at Whole Foods since Juli is always raving about it and I feel like it doesn’t even taste like mayonnaise. It’s more like a chipotle sauce and now I want it ON EVERYTHING. #WORTHTHEHYPE #AMAZEBALLSWITHSALMON

So that’s a wintery little dose of the freezer food we’ve got cooking up lately.

What kind of hearty dishes are happening in your kitchen?

8 Responses to What We’re Eating This Week: Freezer Food Ideas