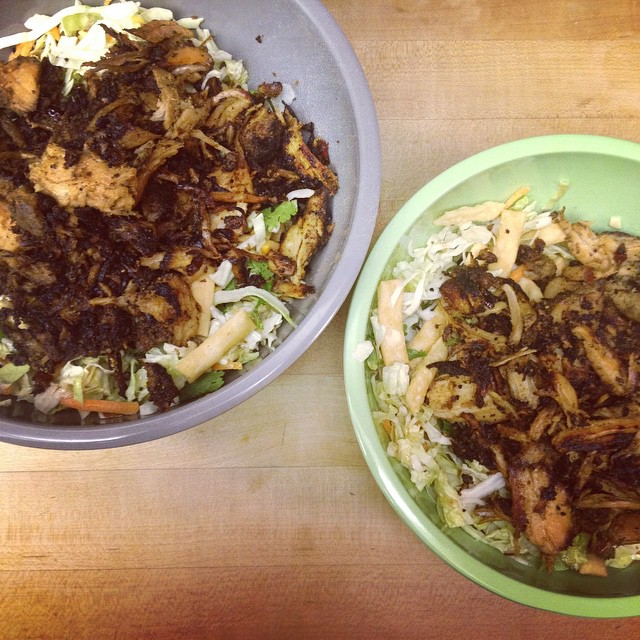 *We’re doing a February Whole 30. I know I told you that in the title, but you know — I thought I’d just reiterate for clarity. 🙂

*Well, a Whole 30+. We are going to start in February and go until March 9. What is March 9, you ask? Our engagement photos. And the second we set the date Garrett was like “Hey, let’s Whole 30!” ha! He says he feels chubby. He is NOT chubby.

*Upside though, is I like the idea of feeling bright eyed and being clear skinned in those photos and all, so I agreed. Knowing my luck I’ll still wake up the day of with a giant, visible blemish.

*Sidebar: Do you think there is a wedding planning gene? If so, mine clearly has a mutation. My mom said to me the other day that this wedding I am planning almost seemed like a second job. And YES, MOTHER YOU ARE CORRECT! It totally is! Except instead of getting paid I get to PAY OTHER PEOPLE. #grumble

*So, I know there are people out there who use Whole 30 as a diet (ahem, Garrett – YOU’RE BUSTED!) which is all controversial and stuff, but I promise you I am not doing that. What I am making no secret of doing though, is using the Whole 30 as a budgeting tool. We always spend SO MUCH LESS on groceries when we do a Whole 30 and since groceries are one of our biggest expenses it’s always something that shows a noticeable return. After making deposits on all sorts of wedding related crap and a MUCHO EXPENSIVO trip to the vet with Buster, February seemed like a GREAT time to just Whole 30 that shit up! YAY. More money to spend on a wedding! #grumblegrumble

*Tangentially related: I’m thinking about jumping on the What I Ate Wednesday bandwagon. I actually don’t think it is a bandwagon at all, but you know what I mean — sharing some everyday photos of what I’ve been eating. I like the idea for accountability (this is where people who don’t blog are like — YOU TAKE PICTURES OF YOUR FOOD? whut? WHY?) But also to inspire a little creativity in the kitchen.

*Oh! Oh! And this is my other reason for doing a Whole 30 — I find when I have parameters to work within, I am SO MUCH MORE creative. This makes me sound RULL SQUARE. But alas, it is true! Right now I’m in a bit of a cooking rut. We’re having good meals, but I’m not like, excited or jazzed about too many of them. It’s just kind of the Greatest Hits on repeat. I am someone who likes cooking to be a creative outlet and usually when I do a Whole 30 I get jazz-hands-obnoxious about recipes and trying new things. Also there’s the added bonus that about 15 days in even super boring/plain food tastes AMAZEBALLS (yeah, I just used that word) because my taste buds are back to normal.

*But let’s be honest, some weeks it is hard enough for me to even just get here and post bullet pointed lists of my thoughts. So to remember to be creative in the kitchen, take pictures and post them once a week may be a tad ambitious. We shall see.

Anyone else doing a February Whole 30?