While it is very easy to come to the end of the year and think about all those resolutions that you many not have stuck to, I think it’s more fun to look back and reflect on all of the awesomeness the year brought.

2014 was a tough year for me, but there were moments that were completely fist-bump-worthy. So let’s talk about those…mmmkay?

*****
January started off with the Nom Nom Paleo book release party down in San Francisco. Michelle and Henry sure do know how to throw a great party. The details and the extra touches were so on point! Not to mention that the cookbook itself was GORGEOUS! 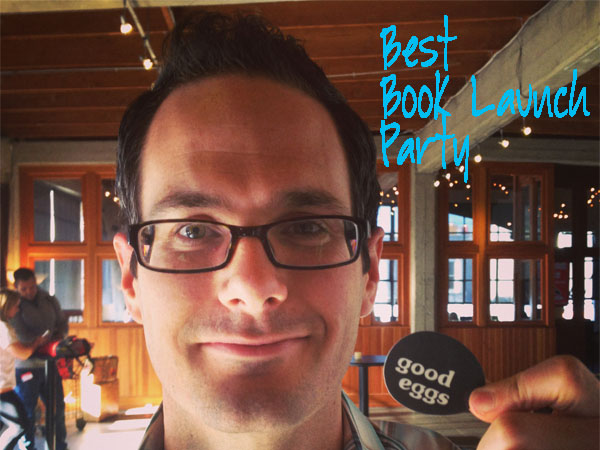 We had such a fun time with everyone we hung out with, but man does time fly! I can’t believe it’s already been a year. YEESH! 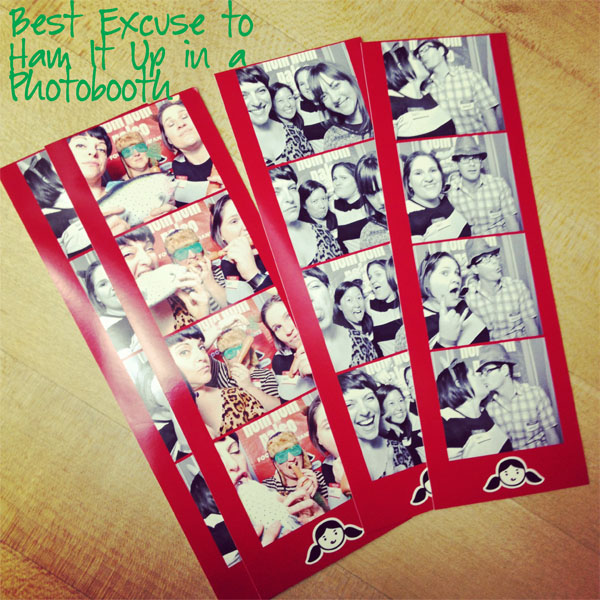 I also talked in detail about my updated skincare routine (a lot of which I still use) and we started watching Veronica Mars in hopes that it would replace the gaping hole that Dawson’s Creek had left after watching the final episode. (Spoiler Alert: it did not. Garrett LOVED VMars, I thought it was good, but not addicting.) 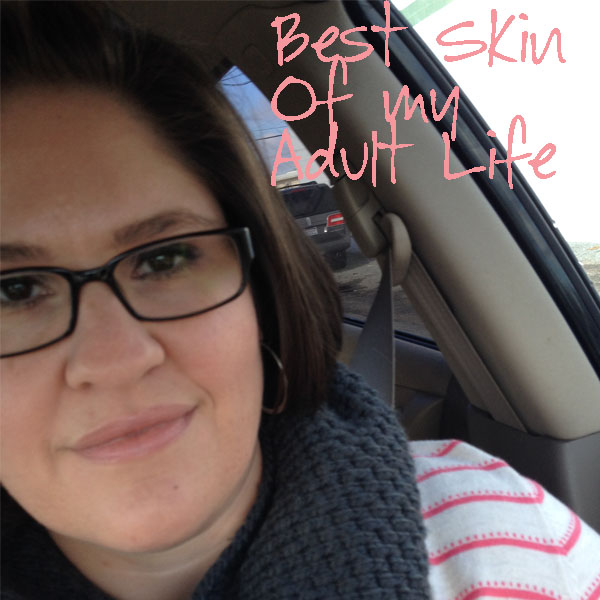 Then it was on to February, and the most notable thing here was that I became the kind of person who writes Valentine’s cards to their spouse FROM THE DOG. (WHUT?) 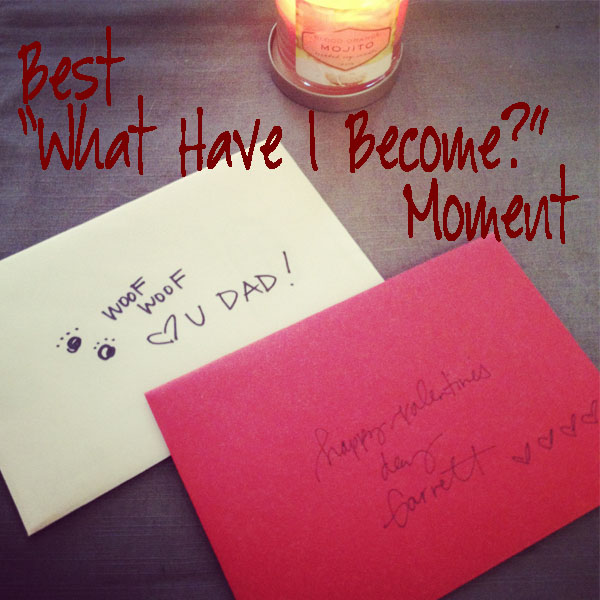 But let’s be real…Garrett didn’t mind. That dog has his heart like nothing else! <3 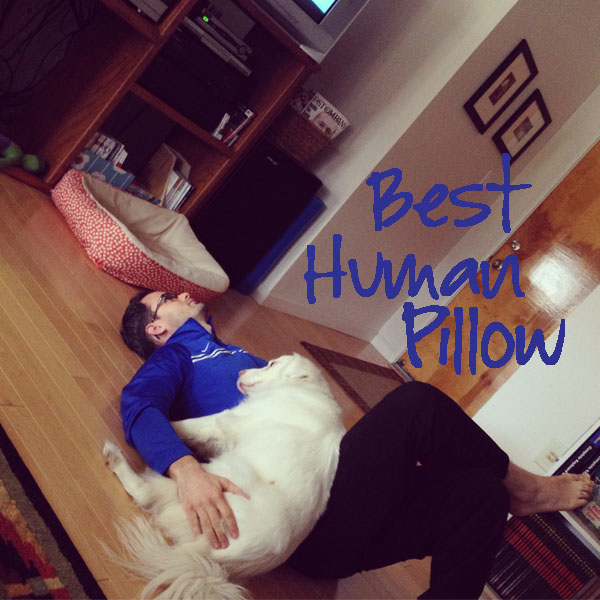 In March I discovered what would become my most favorite breakfast this year: 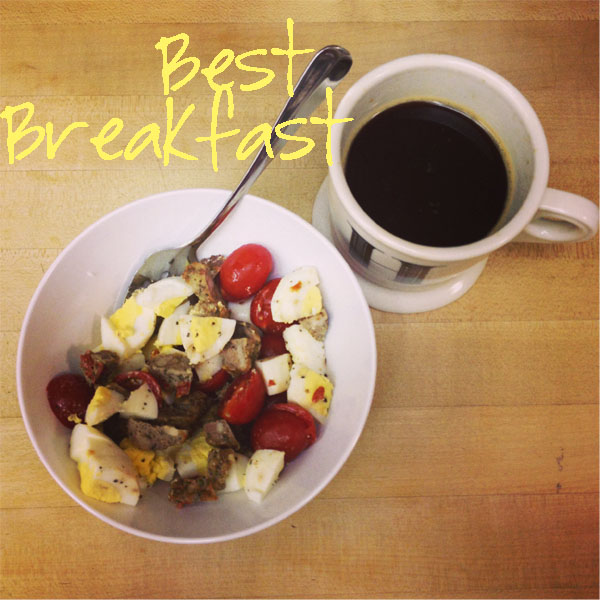 The lazy woman’s version of Fed and Fit’s Breakfast Salad. YUM! I must have had this a million times this year and it’s still THE BOMB! Sadly, I would give up the coffee part a few months later, but the salad is for sure here to stay.

The weather in April was unseasonably warm and dry and while the State of California would be reasonably worried about a drought, I couldn’t help but enjoy the blue skies all spring long. 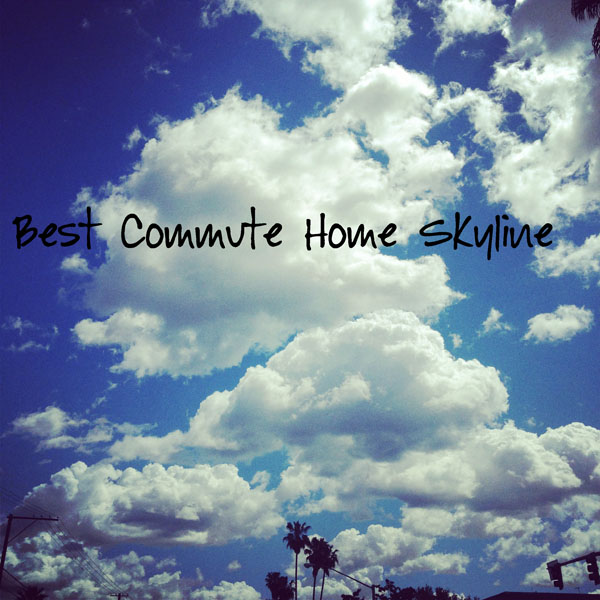 In May we took a huge step in pet ownership (helicopter dog parent alert!) and took Buster to be professionally groomed. We had been sort of nervous previously to just drop him off with a stranger and a pair of clippers, but after he came home looking so ding-dang cute, we kept it up all year long. 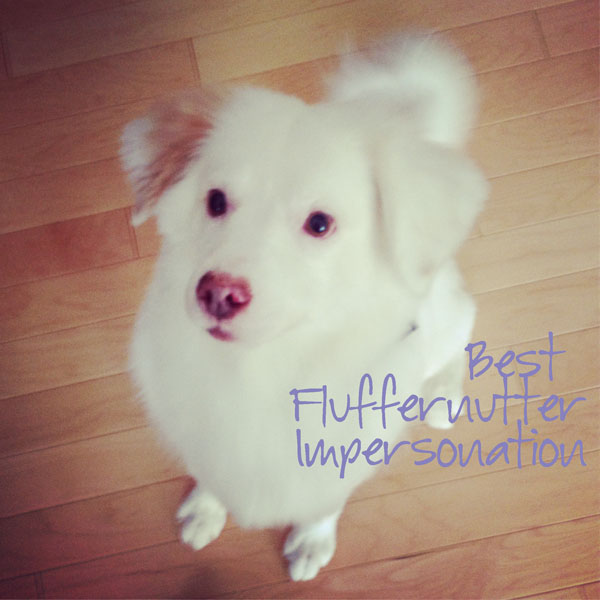 Speaking of grooming, I may have also outed my lip product addiction in May. 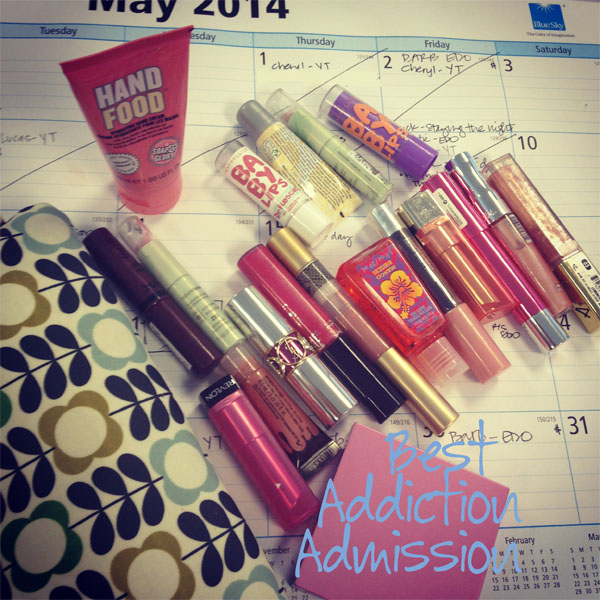 All those things were great, but let’s be honest. The thing that will forever be etched in my mind about May of 2014: 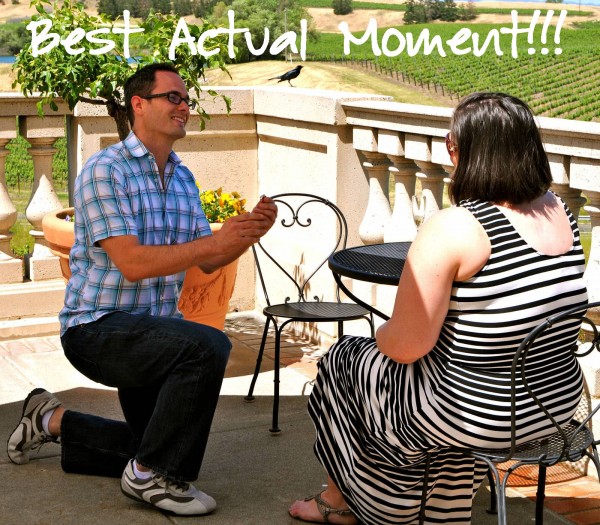 I’m forever in debt to my cousin Gina for capturing this whole thing going down. Man, it almost brings tears to my eyes seeing this. I’m so happy to have these shots forever.

June was a whirlwind of travel, which unfortunately meant I was glued to my phone. The upside was this amazing gem of a discovery on Instagram: 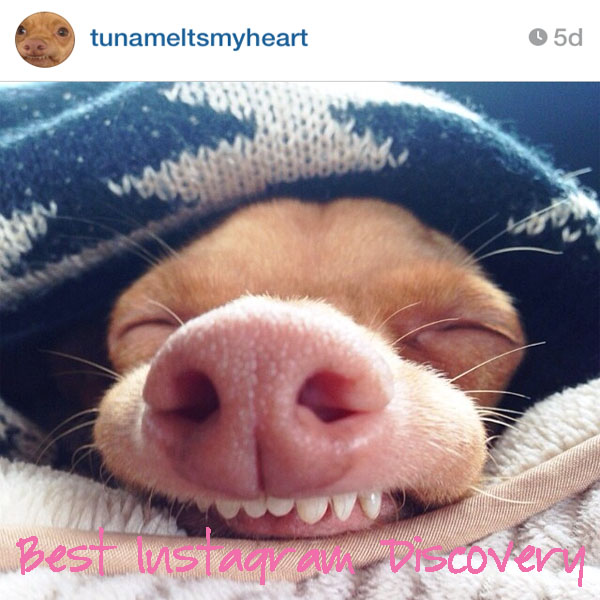 July meant it was time for my mom and I to take our first road trip together! 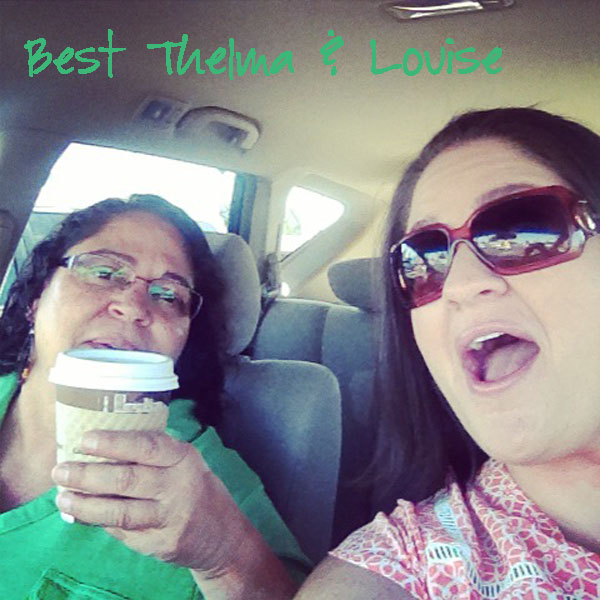 I can not underscore enough how special that was. Just two crazy ladies and the open road. Man we had a killer weekend. 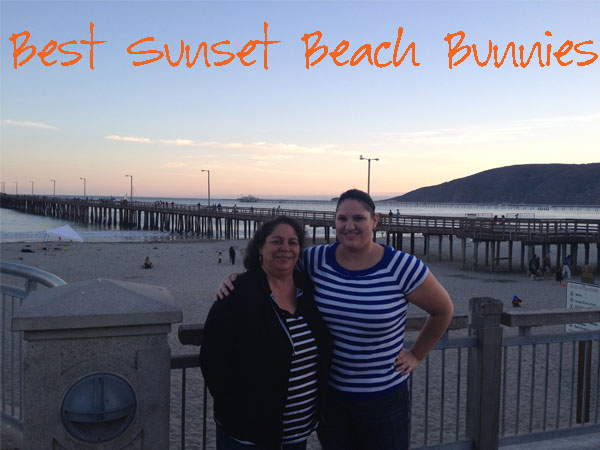 In August we spent a ton of time with friends, which was so great! We hit up a Roaring 20s themed party which required a costume and both Garrett and I ordered super cheapy things off Amazon two days before the event. Saved by Amazon Prime, once again! 🙂 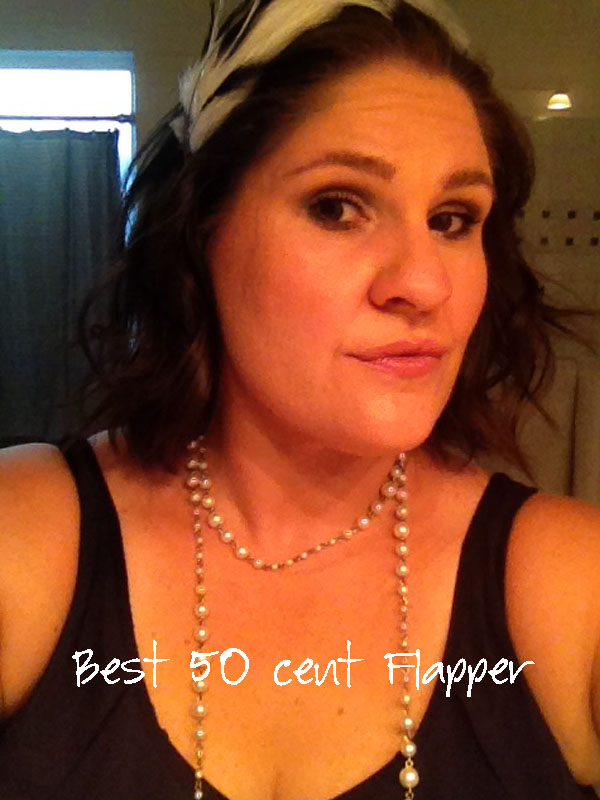 We also welcomed a new appliance to our kitchen 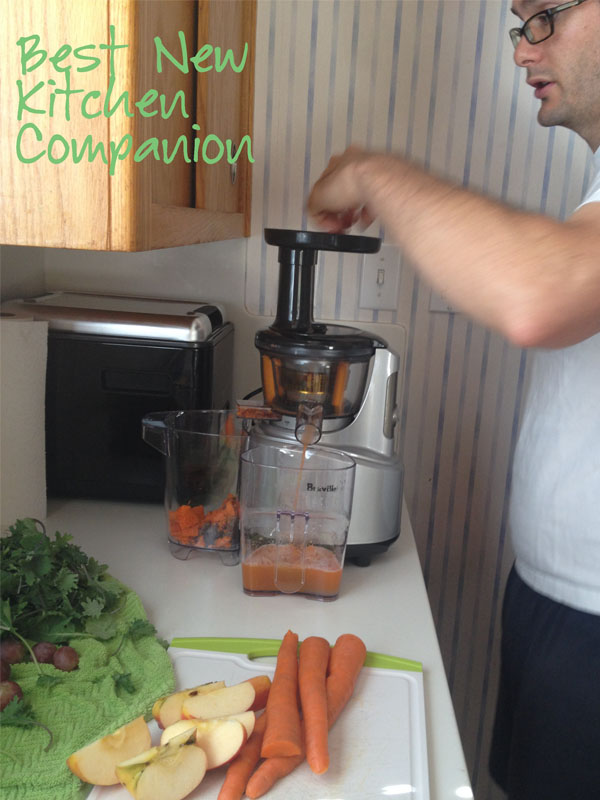 The feeling of smugness that comes with drinking a giant glass of vegetables came free with purchase. 🙂

In September we came to terms with the fact that Garrett and I just don’t do very well with selfies. 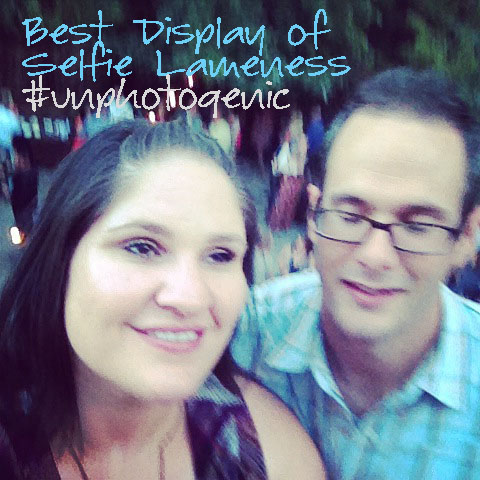 Thank god we are all but REQUIRED to hire a professional for the wedding.

Speaking of weddings, we went to 3 weddings in October. WHAT??? I know. At one of the weddings the Best Man busted out this amazing prom photo from 15 years ago because all of the boys in this photo were in attendance. All us ladies had a SERIOUS laugh! 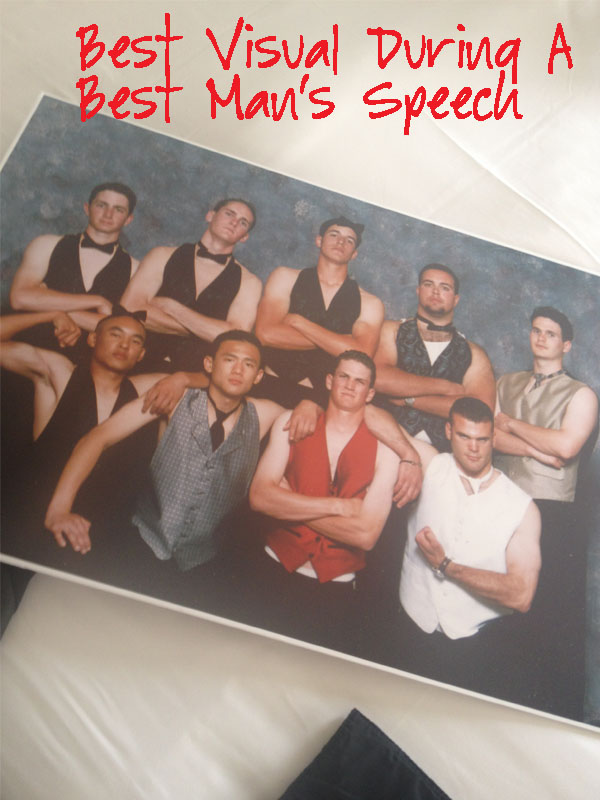 November was full of lots of lovely family moments, but it was also filled with potty humor after I bought this for our bathroom: 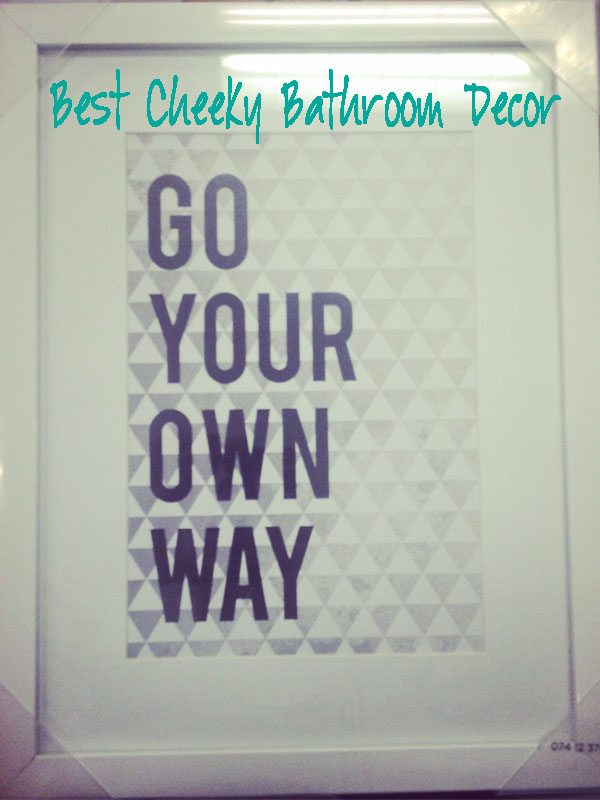 And I guess that’s probably as good of a place as any to end this year in review. 🙂

I don’t want to sugar coat it — I will be happy to see this year go. In between all of this good stuff there were so many crazy uphill battles. But the important part, at the end of the year, is to look back and see all of those battles fading off into the distance while these joyous moments are staring right at me in full color.

On to whatever is next.