#SundayPrep — What We’re Eating This Week

I posted a picture of my #SundayPrep on Instagram and a couple of you suggested I blog it. Not sure what to write about except what we’re eating, so here we go!

Breakfasts in our house usually come in a box. Not the sexiest food styling, but it is what it is. 🙂
I have time to eat mine at home on most days but Garrett is out of the house by 6:45 so he needs to be able to take his with him. 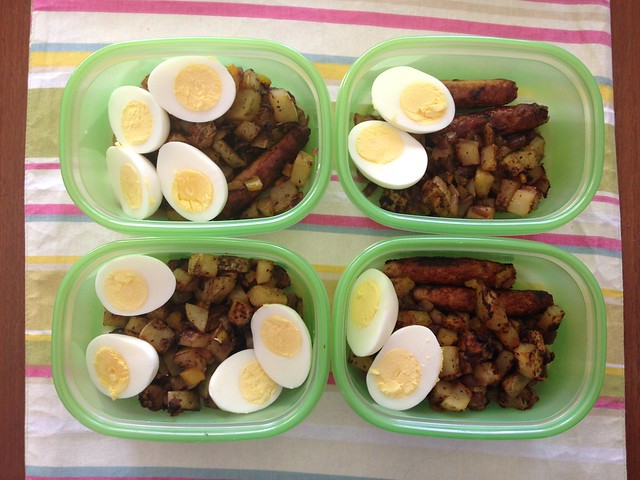 I prep them once on Sunday and then don’t give it another thought until I’m eating it. It’s nice. This week in Garrett’s boxes I put hashbrowns, chicken sausage, and two hard boiled eggs. That may sound fancy but it’s just about the simplest thing ever.

The chicken sausage is from Trader Joe’s, I cook it up all at once and then with the fat leftover in the pan I dump in potatoes, onions, peppers and spices. I make one pan of hashbrowns for him and split it into 5 containers. It doesn’t seem like much but it actually works out to the perfect little serving. Top it off with sausage and then slice up a couple of hard boiled eggs (which I also purchase those from Trader Joe’s because paying for the convenience of not having to peel hard boiled eggs has MADE MY LIFE!) and it’s a yummy little package.

Lunches are boxed up too (tupperware how I love thee) and this week I cooked up a batch of soup for myself (it’s a new recipe to me but it sounded easy and tasty) but there ended up being so much of it that I’m planning to serve it as a dinner as well one night after we go to the gym. Clearly I’m one of those people who can eat the same thing over and over and not get sick of it. I figure I’ll top it with cheese one day, avocado one day, olives another — that’ll spice it up enough for me. 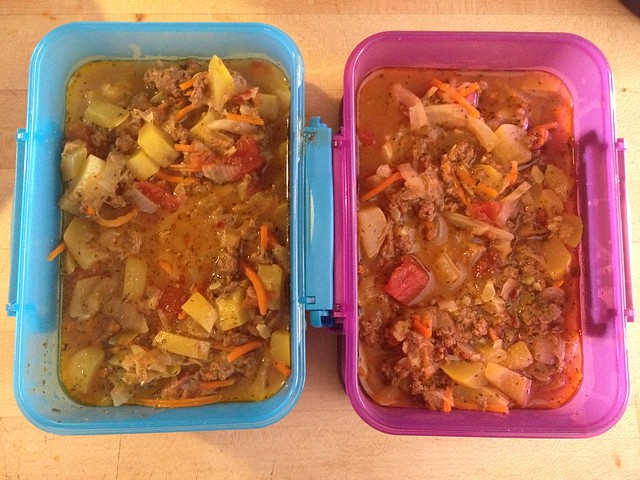 Dinners are going to be meat + veg. (Shocker! LOL) 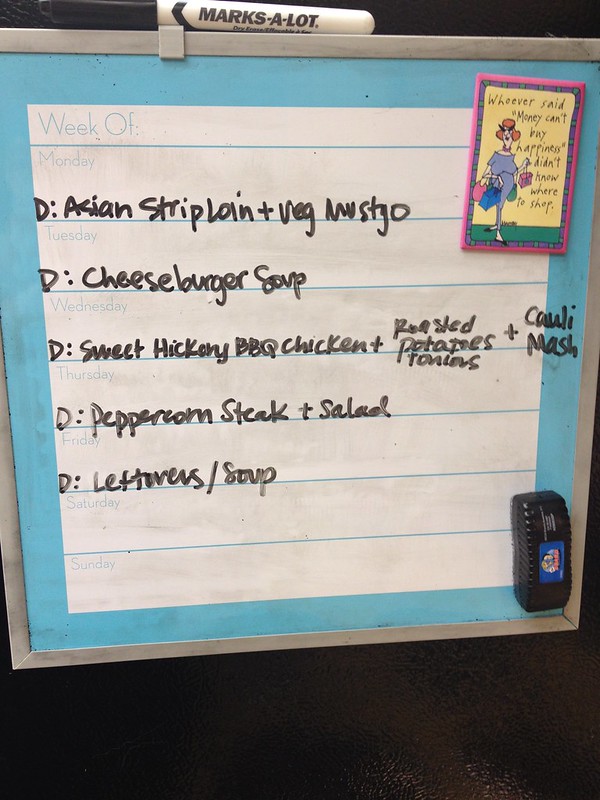 For the meat part, I did some marinating this week: 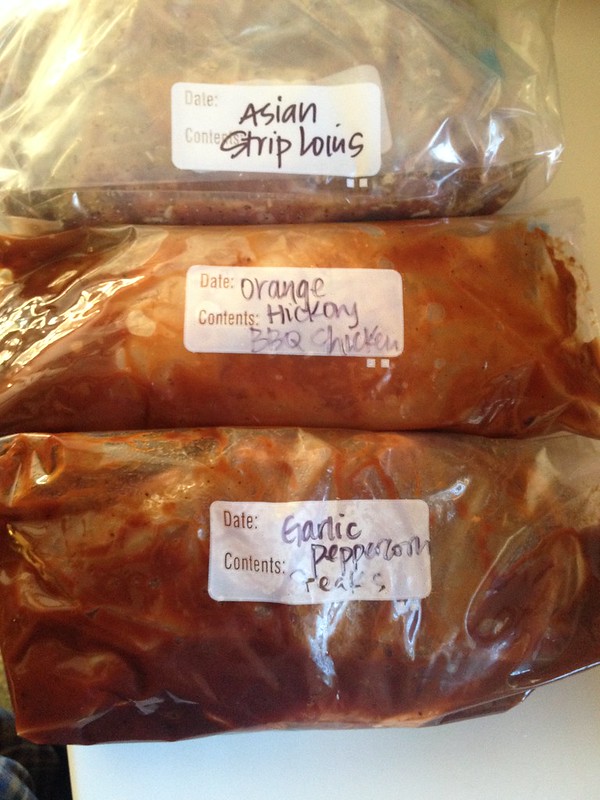 Two of them came from Whole Foods – these are also new to me but they looked and sounded good:

*Saturday Night Steak Grill Sauce – the name just called to me, what can I say? It’s basically a garlic and peppercorn marinade but the plan is to eat it on Friday because I DO WHAT I WANT.

*Sweet Hickory Chicken BBQ Sauce with Agave + Orange seemed like it could be good. Gluten free marinades that aren’t full of TONS of sugar are hard to find. This one, while certainly not sugar free seemed like a fun option.

And with the two strip loins I had leftover I decided to mix up this delicious little marinade that is always a crowd pleaser.

I tossed them in the sous vide for a couple of hours so they are perfectly cooked and just ready to sear off and eat on the night’s they are scheduled. I do stuff like this (or crockpot receipts) on night’s when we go to the gym because we won’t get home until after 6 and by the time we shower and all that I am usually not interested in cooking a fussy or time consuming meal, you know?

I know prepping once a week and meal planning sounds a little automated and regimented, but for the two of us — both working outside of the house full time — it’s mostly welcomed to always know there is at least something tasty and nutritious that is basically ready to eat in the fridge. 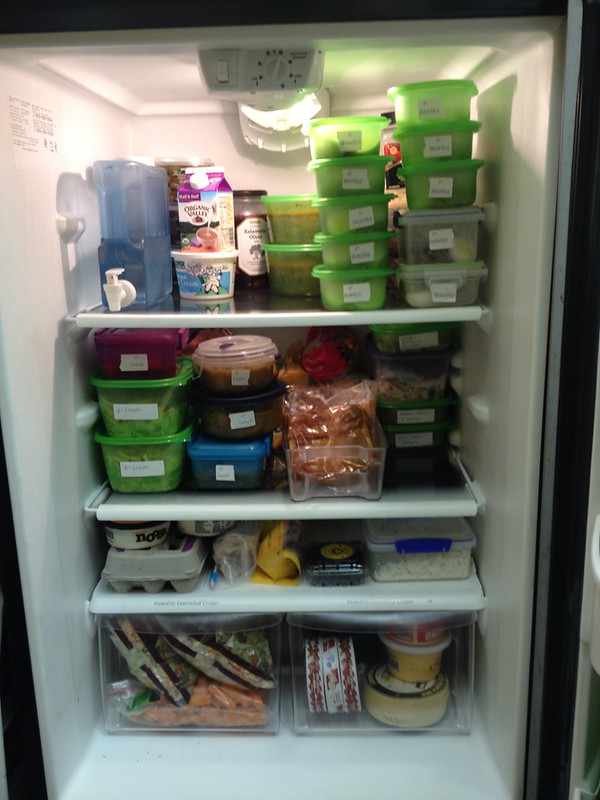 Go-To recipes, convenience food, and par cooked meat/protein is what keeps our house going on the week nights. What do you do to eat healthily during the week? I’m always looking for new tips!

7 Responses to #SundayPrep — What We’re Eating This Week