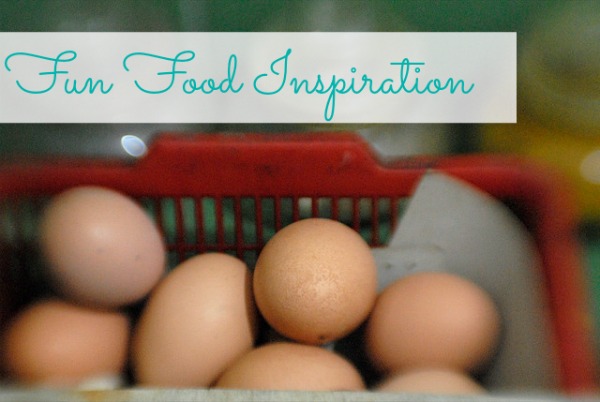 It always surprises me that with the arrival of fall I always feel pulled to get back into the kitchen. Probably the fact that it’s no longer 900 degrees outside and the oven is no longer the enemy has a little something to do with it — Guess that’s no surprise! 🙂 But lately I’ve been pinning up a storm of food inspiration because I’m ready to get back to cooking for pleasure AND for health. WOOT!

Also, Garrett and I have decided to embark on another Whole 30 in September. We’ve been wanting to do one for a while and my friend Karie mentioned doing one recently and September seemed like a month that would work for us. Then of course there was that whole Circus Animal Ice Cream Situation so, you know, it’s probably time. Doing another Whole 30 could be (gasp) FUN!

The Whole 30 always requires planning so the other day I set out to reorganize my Pinterest boards. This is what I do when I have a week off of work…how sad is that? ha! It was so much fun though the entire time I was doing that I just kept thinking “OH DELICIOUS TIME SUCK, I LOVE YOU!” ha

The things we come to think of as luxuries. 🙂

Anyway, I did a little reshuffling and now my food Pinterest boards are nice and organized! Within them you will find Paleo recipes that fall in three camps:

*Strict Paleo recipes
*Primal recipes that include dairy (we eat dairy on occasion, though obviously not when we are doing a Whole 30) and
*Un-Paleo recipes that are very easy to adapt (ie: I’ll pin a recipe with soy sauce and call it paleo since coconut aminos are a super simple swap.)

I was so pleased with them when I was finished (Organization FTW!) but I also wanted to share them here because when I deleted my old, giant, disorganized “Tasty Paleo Things” board I noticed there were thousands more people that followed that board than who are now follow the individual board. Maybe you were one of them? If so, or if you are just interested in some fun food inspiration, check out the boards I put together below:

Then let’s get cooking!