Well, your finger crossing worked! No box jumps in the first CrossFit Games Open workout. Hooray! Here’s what I’m up against:

While I’m super happy it’s not box jumps, I have to say I’m not that thrilled with all the burpees — especially since there were 70 at the end of our workout on Tuesday. YIKES! 🙂 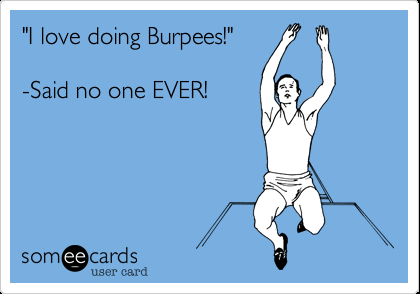 But I’m happy that I can even participate, and this year that is a win. I’ve been thinking a lot about this year vs. last year recently. At least once a day actually, thanks to Timehop. I have a love/hate relationship with that app. You are probably using it too, but in case you aren’t it’s an app that gives you a daily update of what you were doing a year ago based on your facebook/twitter feeds. Sometimes it is awesome and makes me think back on good times and get all warm and fuzzy. On the flip side, sometimes I read what I was doing a year ago and I think, “Man, my life looks very different right now.” And then I kind of miss my old life. I had that feeling the other day when my timehop linked to my tweet about this post  which coincidentally, was the day I made my CrossFit Games Competitor Profile last year.

I read through it and realized that so many things look different now. I am no longer working out on that schedule. My work schedule has made it practically impossible to workout in the mornings these days, so that workout efficiency isn’t possible. I’m also working out less. I’m not lifting as heavy as I was last year and well,  I STILL have that 40lbs to lose. When I reviewed that post the other day it kind of bummed me out.

But I’ve thought about it and thought about it some more and talked myself into the idea that viewing life as a singular snapshot doesn’t always reveal the complexities of daily routines. And likewise, sometimes when we work on many goals at once our efficacy changes.  What it takes to get to ALL of our goals isn’t just easily cross-off-able lines on a black and white list. I have spent the last year traveling and busting my tail at work to get a promotion. A promotion that was a bit of a financial game changer for my little (and hopefully soon to be growing) family. That was a purposeful decision and it took sacrifice. Part of what I sacrificed was how much weight I can snatch, you know?

Was it worth it? HELL YES. Do I still fret over things like that when I’m in the gym though? YOU KNOW IT. But I also think I’m getting ready to let that go. And I think letting that go will actually help me feel a greater appreciation for where I am presently. And where I am in the present IS A REALLY GREAT PLACE TO BE. 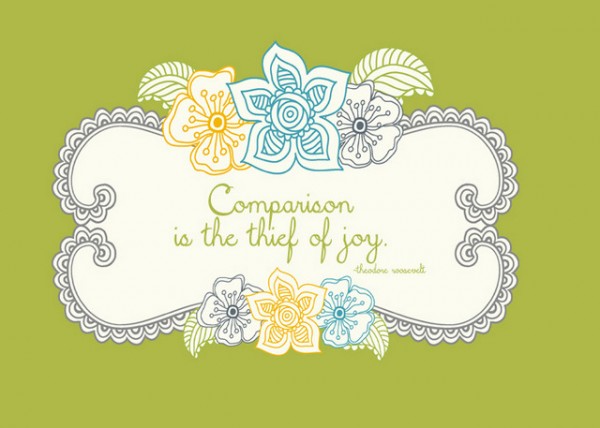 We’ve all seen this quote floating around on the internet and I know it is a common touchstone for people when they are feeling envy of others. But I also think it is important to acknowledge that when you compare versions of yourself you are also doing a disservice. Life is not lived in a vacuum. The variables of today are not the variables of yesterday. The only constant is change, right? And as long as I’m evaluating, adapting and acting — I am succeeding.

And let this be your little daily reminder that no matter where you were a year ago, you are succeeding too.