On Cynicism and Saying Yes

I love Januarys and Mondays. I love fresh starts and do-overs. Aptly, I love this time of year when graduates get to celebrate the closing of one chapter and the start of another. The emotional space between an end and a beginning is powerful.

(Why has no one learned how to bottle that yet? It could certainly solve this energy crisis we’ve got going on.)

One of my favorite things about this time of year are the snippets here and there that pop up from commencement speeches. No matter who gives them, they are always full of little nuggets of inspiration that I wish I would have absorbed when I was emerging into the real world. Dorky habit confession: I sometimes watch good ones on You Tube when I’m feeling in a rut and pretend like I’m 21 and yearning for knowledge.

Here is a portion from one I think is particularly awesome:

Now will saying “yes” get you in trouble at times? Will saying “yes” lead you to doing some foolish things? Yes it will. But don’t be afraid to be a fool. Remember, you cannot be both young and wise. Young people who pretend to be wise to the ways of the world are mostly just cynics. Cynicism masquerades as wisdom, but it is the farthest thing from it. Because cynics don’t learn anything. Because cynicism is a self-imposed blindness, a rejection of the world because we are afraid it will hurt us or disappoint us. Cynics always say no. But saying “yes” begins things. Saying “yes” is how things grow. Saying “yes” leads to knowledge. “Yes” is for young people. So for as long as you have the strength to, say “yes.”

Cynicism masquerades as wisdom, but is the farthest thing from it.

Cynicism is a self imposed blindness, a rejection of the world because we are afraid it will hurt us or disappoint us.

Yesterday I read another “Healthy Living Blogger” discounting Paleo as a fad diet. Don’t worry, this time I didn’t feel quite so ragey. In fact, it didn’t even really make me upset. Call it a fad, what do I care? Stripes are a fad too, but it doesn’t change the fact that I look cute when I wear them. HOLLA! 🙂

I think my lack of rage comes from the fact that I know what I am doing is right for me because I am making progress. And it is still bringing me joy. I am following my own heart and mind and not letting the negativity of others confuse me.

Oh and also: I found this picture back in the archives the other day and when I showed Garrett he said to me “Dude, I think the aspect ratio is off in that picture.” 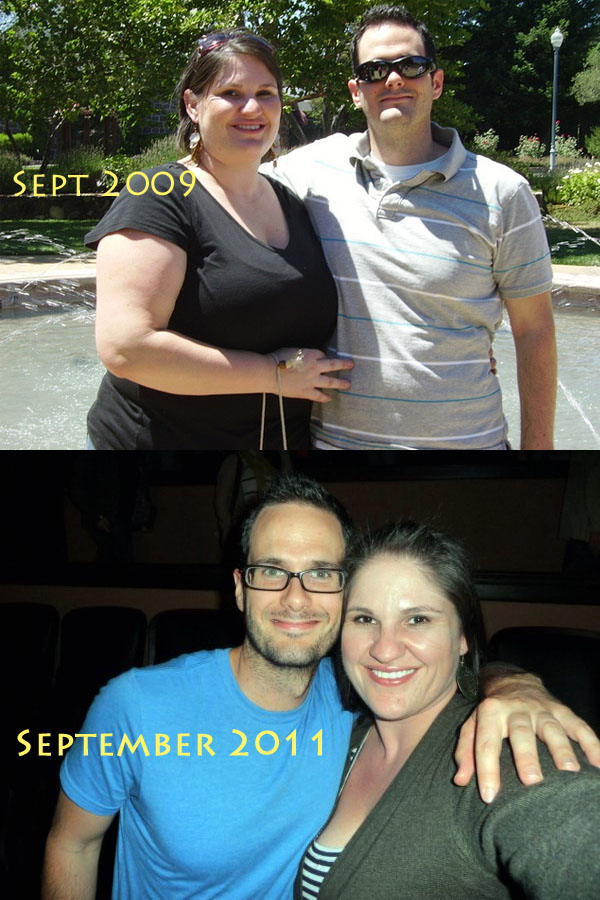 But luckily the aspect ratio of our current lifestyle is slightly more flattering. And improving each day! Sometimes it’s hard to recognize progress, but I’ll tell you what, this picture fills me hope that maybe those people who talk about getting better with age really are on to something!

As I get older, I try and let the cynicism around me — at work, in life, and on the internet — roll off my back. It’s a discipline, but it is discipline worth practicing. And it’s worth it because we all have things want to try. I’m not one to tell you that you should try the the things I try, because I HATE being told what to do. But the truth is, we all have secret desires that we wish we had the courage to pursue. Every last one of us. But desires and reality don’t always overlap.

So I’m not going to tell you what to do. But I will say this:

JUST FRICKIN DO IT.

Because the clock is ticking, you all. The days are coming fast and furious whether we like it or not. Many of life’s pursuits take courage and sometimes that can be hard to find amongst the daily trials of life and the sounds of cynicism. So today I just wanted to try and be one little voice trying shouting louder than the rest.

What do you want to change in your life? Because it can be done. Someone before you has done it and someone after you is going to do it again. So really, what are you waiting for?

16 Responses to On Cynicism and Saying Yes