Faces Only Mothers Could Love

So Garrett and I have been together for five years today.  I was feeling a little sentimental about that fact this weekend and because we have a million photos of us lying around the house, I thought I would head over to Target and pick up some new frames because they were on sale (holla!).  Obviously we spent the weekend hanging them, and let me tell you, if your relationship can survive hanging photos on a wall when both of you have VERY different opinions of what the correct procedure is for hanging said photos — well then, I think your relationship can survive pretty much anything.

Anyway, as I was looking at some of the nice photographs of us that we were hanging it reminded me of a complaint that I hear from my mom all the time which is that we always take the same picture over and over.   And here is the thing about that:  we kind of do.  But in our defense it is mostly because we don’t hang around the house taking artsy shots of each other with our expensive cameras where we look simultaneously look gorgeous yet deeply in love.  We just aren’t those people.  We’re the people who have photo album after photo album filled up with the same off-centered couples self portraits with the scenery of our current vacation in the background.  And honestly, we are lucky if we can even take those pictures correctly.  Ahem, exhibit A: 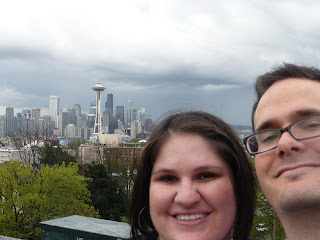 But I’m kind of ok with that.  We are goofy, and un-photogenic, and have a hard time standing in one place long enough to try and look attractive and in love before we burst into giggles, or someone gooses the other, or eyes start rolling — and really it is SO EXHAUSTING TRYING TO BE PHOTOGENICALLY FABULOUS, MY GOD.  I need a rest just thinking about it.

That said, this year instead of a sappy post about love and happiness, I thought I’d give you this:

Holly & Garrett — Celebrating 5 Years of Not The Same Picture Over and Over, Mom, Really.  I promise. 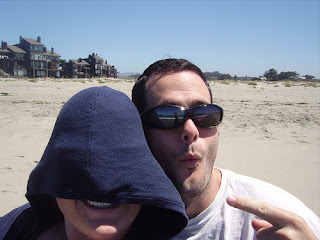 Year One:  This was on our first vacation together ever to Pajaro Dunes.  We definitely loved each other, but I’m not sure we had actually you know, told each other we did at that point.  Aw, just babies.  Don’t you think it would be fun to get married there (hint hint, Garrett)…ANYWAY… 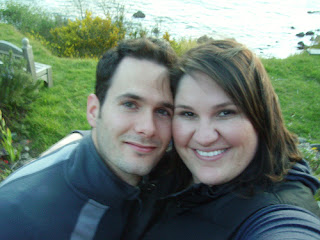 Year Two:  Our second major vacation together up to Humboldt County — the prettiest stretch of coastline in Northern California, and I will fight you on that one.  Yes, this is an off-centered couples self portrait, BUT THEY ARE NOT ALL LIKE THIS, I SWEAR. 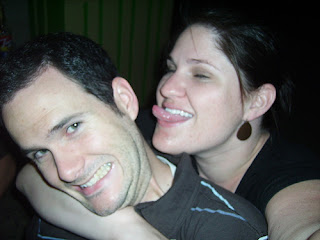 Year Three:  See I told you they aren’t all like that.  Apparently sometimes they are off-centered tongue in ear portraits.  Garrett may or may not have been questioning what the hell he had gotten himself into with this crazy chick at this point. 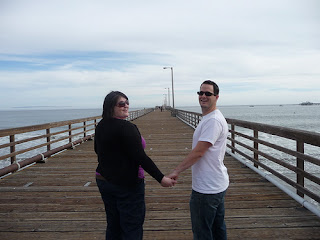 Year Four:  Because sometimes love just makes you want to jump off the end of pier, am I right?  Tell me I am right, people. 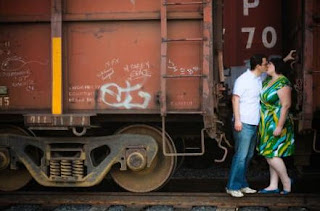 Year Five:  Finally this year we got our act together and just had some professional photos taken, because as evidenced we certainly were never going to get a shot like this without some serious intervention.  This is one of the pictures I framed this weekend, and I can’t say enough fabulous things about the photographer who took these.  She definitely captured the best versions of us, and that is a hard task to do!

But as I look back over these years of good memories, and silly faces, and badly centered self portraits, there is no doubt in my mind that the best parts of this relationship are rarely this polished.  And that is the thing that I am most looking forward to celebrating today.

Here’s to many more years of un-photogenic, yet picture perfect love!

5 Responses to Faces Only Mothers Could Love