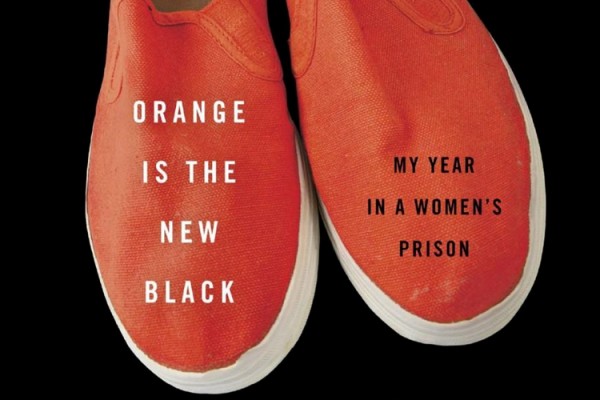 Does this happen to you?  You pick up a book and it is just so delicious you can hardly put it down, but then you have to because you don’t want to finish it too fast!  And then when you finally finish it you are not ready to let the characters go — you want to know what has happened to them, what they are doing, what the next phase of their life is?  And all of a sudden you’ve got nothing — no book to read, no story to be wrapped up in.  It is over, but you are not ready to move on, so of course no other book on the shelf looks enticing enough to take your mind off things.

I feel like I should divulge that I am a total memoir junkie, just so you know where I’m coming from, but part of the allure of memoirs is that they are true stories (or so we hope) through which we can filter our own experiences.  So not only am I getting a good story but usually that story illuminates something about myself that I hadn’t previously noticed or thought about.  This one hooked me immediately.  If you haven’t heard about it already, here is a quick plot synopsis (Thank you Amazon!):

Just graduated from Smith College, Piper Kerman made the mistake of getting involved with the wrong woman and agreeing to deliver a large cash payment for an international drug ring. Years later, the consequences catch up with her in the form of an indictment on conspiracy drug-smuggling and money-laundering charges. Kerman pleads guilty and is sentenced to 15 months in a federal prison in Danbury, Connecticut. Entering prison in 2004—more than 10 years after her crime—Kerman finds herself submerged in the unique and sometimes overwhelming culture of prison, where kindness can come in the form of sharing toiletries, and an insult in the cafeteria can lead to an enduring enmity. Kerman quickly learns the rules—asking about the length of one’s prison stay is expected, but never ask about the crime that led to it—and carves a niche for herself even as she witnesses the way the prison system fails those who are condemned to it, many of them nonviolent drug offenders. An absorbing, meditative look at life behind bars.

What was so immediately compelling about this book was the way the author explains the headspace of her early twenties and the thoughts leading up to her criminal action.  That longing for adventure and this directionless feeling felt so familiar to me that I was sure the only thing responsible for our different experiences was an option in a Choose Your Own Adventure novel.  She chose a path that would land her in a federal prison, and the events leading up to that year of her serving time are like a soap opera storyline that I am so happy to have avoided, but it felt like something that could have happened to me.

Once in prison her tales of life and female bonding were sometimes frustrating and at other times poignant, and the on-going sidebar surrounding famous Martha Stewart trial and subsequent imprisonment added an interesting complexity that I never would have even thought about had I not read this book.  Kerman really portrays the powerlessness of imprisonment and although I knew they were criminals (though mostly for petty drug offenses) I found myself rooting for inmates, taking sides, and looking at my own life and its freedoms through a completely different lens.  Sure in some ways this was a glorified tale of white upper middle class triumph, and what is interesting about that?  But it was also a surprising look into the incredible, nurturing subculture of women who do not have the luxury of maturing in regular society, but who grow up behind bars.  And tragically, so many women do.

Besides being an interesting story in itself, Kerman is a natural storyteller and her writing draws you in.  Each chapter represents not only a progression of time in her sentence, but a lesson learned on the inside.  I found myself reading a page here and there whenever I could, and when I finally got to the end I felt robbed to no longer be surrounded by such an eclectic community of women but also relieved that Kerman was allowed her freedom again.  I actually missed the characters immediately though and tried to google all the information I could the second I closed the spine.

Orange is the New Black was an entertaining and easy read, but below the surface of those anecdotes were so many raised questions about whether or not many of the people incarcerated today really ever have the opportunity to become functioning members of our society.  Prison forces you to live in a way that would not work in the real world, yet the transition to freedom is not something that seems to be handled in an informative way.  I felt immediately grateful for the small ways that I have been showed the ropes of my own life.  The community of people who have informed my decisions happened to have been on the right side of the law.  And this is only due to luck, and not everyone is so lucky.  It was worth pausing and having a little moment of gratitude when I was done.  This was a page turning and eye opening read, and my only complaint is that I wish it had been just a little bit longer — I just wasn’t ready for it to end.

2 Responses to Book Review: Orange is the New Black