How has the first month of the year gone by already? I feel like we were all just sitting around making plans for what this new year would bring and now tomorrow is FEBRUARY. Insanity!

In an effort to remain accountable to my annual goals while also celebrating the journey (AKA not being too focused on the outcome — enjoying the act of making PROGRESS) I’m going to do a monthly Progress Report for my 10 Major Goal Categories and then try to re-focus for the upcoming month. Hope you don’t mind my thinking out loud? 🙂

Most of these are wedding/pregnancy/baby related so I probably won’t address too much here until later on this year, but hey I downloaded a Fertility App, so hey — Baby Steps (SEE WHAT I DID THERE? BAHAHAHHA, I KILL ME.)

In all seriousness though, “Moving Toward My Professional Goals” is an important one in this category and Garrett and I did lay down some ground work on a professional endeavor. I’m not ready to talk too much about it, but I will tell you this: THAT SHIT IS EXHAUSTING. On top of working full time, doing some freelance stuff, working out, cooking and sleeping it has been ALL BUSINESS IDEAS ALL THE TIME. Creative overload. And honestly, we have a long way to go. But also? It’s exciting! It’s something we’re passionate about! And we get to do it together! So, you know WIN. With a side of HOLY MOSES WHAT THE HELL ARE WE DOING?

Intentions for February: Keeping up the good (hard) work!

We did have a fun date night. Actually, we had two! But we didn’t get to have dinner with friends this month I don’t think. Intentions for February: Multiple dinners with friends! Our first will be this weekend for sure, to celebrate my friend Sarah turning 30!

While we didn’t GO anywhere in January, we solidified the weekend for our trip to Portland and I am scheming to get myself to the midwest to hang with AndreAnna in August so we can do this. OHMYGOD, hold me!

Intentions for February: We’re hitting up the Central Coast, which is a bonus trip I didn’t even bargain for. HOORAY!

Currently working on it. And I have a running list in my purse of items I would like to purchase. I actually haven’t purchased too much yet this year, but I will definitely be adding some things to the wardrobe!

Intentions for February: Hot Pink Pants! Ha…I don’t know just yet. But I will definitely be finding some patterned stuff for sure, since it’s totally lacking in the wardrobe.

Listen, we can’t all be good at everything. And I may continue to avoid these categories in February too. 🙂

I’ve been working super hard on my goal to get an unassisted pullup and I am making GREAT progress. I’m pretty sure I will get there by June. As for getting to my goal weight. I’ve got about 40 lbs to go. That seems like such a small number to me, so I know I can get there. But I’m also in the throes of a major plateau despite lots of clean eating/working.

Intentions for February: Well I’m doing something new. And I’ll be talking about it next week.

Nutrition
Weekly Meal Plans – Check
Eating More Greans – Check
Game? Not so much yet. Fish Oil? Still not in the habit. Garrett’s PWO? Nothing yet.

February Intentions: All of the above. Well we have talked about Project Life Progressalready, and I think this weekend’s adventure down to the Central Coast may end up being my first Mini-book of the year. We’ll see. It’s been harder and easier than I thought all at once.

Keep it all up!

So many goals, so little time! 🙂
I’ve posted 3 recipes so far this year, so I’m chugging along towards my goal of 52 this year. What are you guys interested in? Breakfast Recipes? Lunches? What’s on your mind, I will post it!

I’ve been actually pretty good at sticking to my editorial calendar, which has been kind of nice because it’s allowed me to post just about every day this month. I like having this space as a daily touchstone. It keeps me motivated!

The Paleo e-book is coming. It will be FREE, it’s just going to be a whole metric ton of info in one space. If you have questions I could answer in it, let me know!

February Intentions: Start thinking about a redesign for functionality. Well, my goal to read 75 books and take a bite out of my bookshelf is definitely a streeeeeeeeetch goal. I’ll be talking about what I read this month later on this week so we’ll get into the actual number then, but let’s just say this is already proving to be tough with all of the other things I’m juggling.

I did participate in Blog Her Bookclub this month though, and Garrett did start his own little project here in this space so that’s been fun.

I’m making some progress, but there’s a long way to go. One month down, eleven to go. I’m still excited about 2012 — are you?

But remember, this year it’s all about:

No pressure to get EVERYTHING done, just a desire to move forward in all of these areas, and the list helps me out. I can’t wait to get started! (Ok, let’s be honest, I’VE ALREADY STARTED! At least with The Bookshelf Project, which is now also posted above.)

I tracked my 2011 Goals all year long and below is how it ended up shaking out if you’re curious. Even though a lot didn’t get crossed off, I’m mostly happy about it! The things I still want to do got transferred to the 2012 goal list, the things I don’t feel quite so passionate about I dumped. Easy peasy.

This year I will save the tiny, fun things for my seasonal Bucket Lists because those are so fun for me, but the big ideas will stay documented here.

Thanks to each and every one of you for following along and supporting me — this is such an energizing space in my life! I feel most happy when I’m creating, accomplishing, writing and sharing.

I am wishing you all a safe and happy new year!

VICTORY IS MINE
Yep!
– For the most part!

Random Other Stuff Thrown In For Good Measure
This one! That was easier than I thought.
And I kind of love them
Make a Cooking Bucket List (done!)


Entertain at least once a month (January: New Year’s Brunch with Kelly + Gee, February: No one – but two in March counts, right? March: John + Janine, Jeremy + Katie April: No one May: Garrett’s 30th Bday June/July/Aug/Sept: I think we failed, October: Liz and AndreAnna count!,)

See one of my favorite writers speak
Go to the ballet
Check! 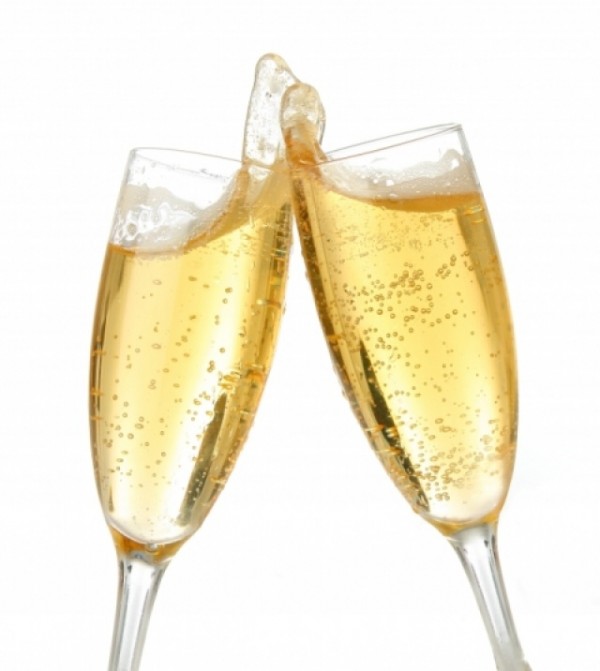