What I Ate Wednesday: Whole 30 Edition 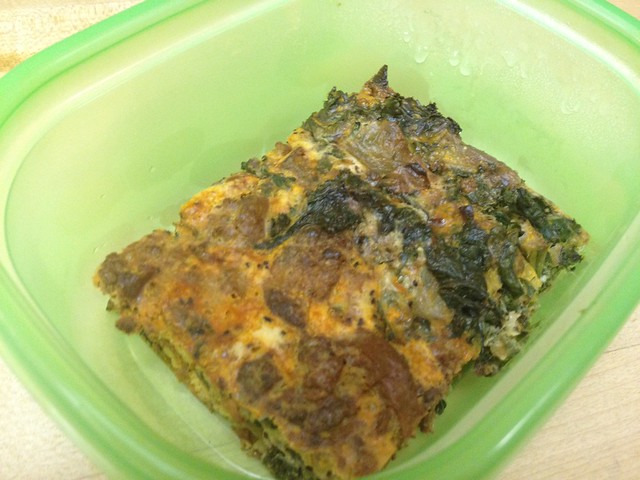 The first week of Whole 30 I just went with a basic frittata. Frittatas are easy, portable (which is great during the work week), and can pack an awesome flavor/nutrient punch depending on what you put in them. This week I made mine with chorizo, onions, kale, black olives and spices. I thought I had the perfect combo and was totally excited to make it, then I popped it in the oven and promptly FORGOT TO SET THE TIMER.

More than an hour later Garrett asked me why the oven was on and I almost started crying! All of that work! All of those ingredients! Overcooked and unusable! (I am skeeved out by overcooked eggs.) But it turns out, this frittata might even taste BETTER overcooked. The kale edges got super crispy, and overall it was awesome! 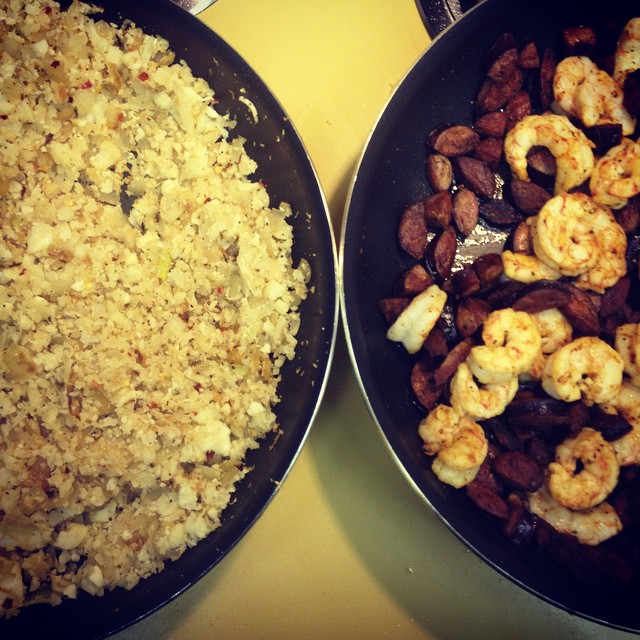 I’ve been on a little bit of a chorizo kick lately (clearly) and so I decided to try my hand a deconstructed Jambalaya. Shrimp and spices cooked in ghee mixed with chorizo and served over cauliflower dirty rice. IT WAS GREAT! So great we had it again a couple nights later. 🙂 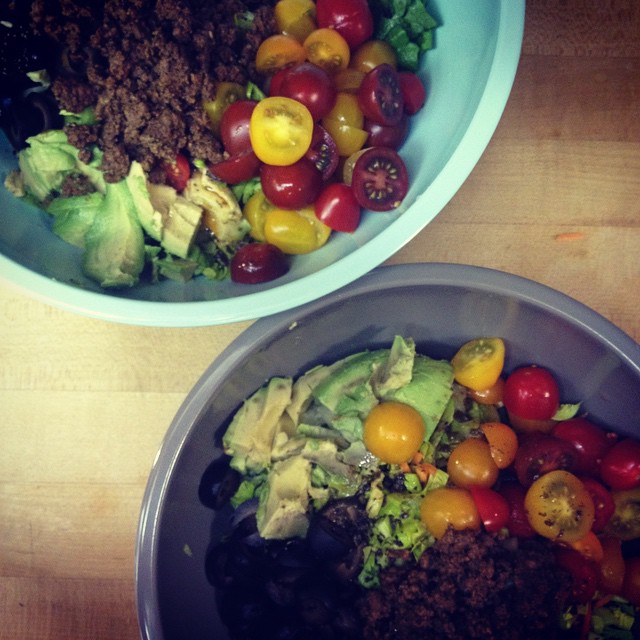 There has also been taco salad because OF COURSE THERE’S BEEN TACO SALAD. This is me we are talking about. Can’t Stop/Won’t Stop. 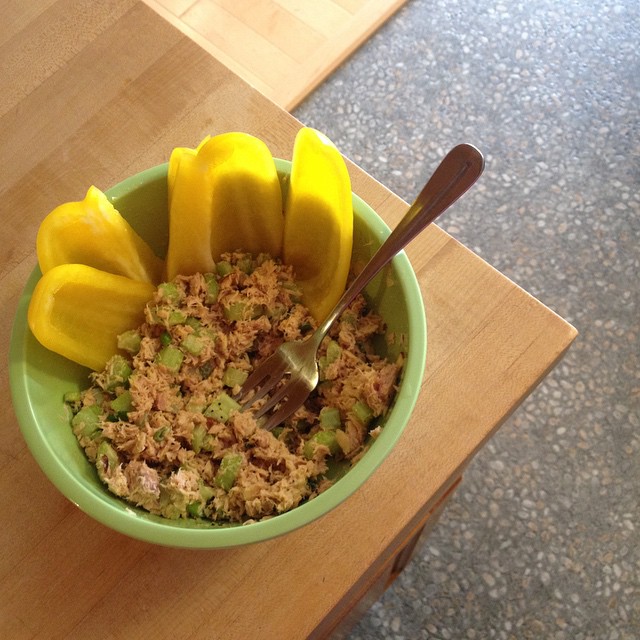 One of my favorite things I’ve been eating though has been tuna salad with pepper “chips.” I really like crunch with my tuna and sometimes celery isn’t enough. My favorite thing to have with tuna is some tamari rice crackers but obviously those are off limits. Desperate for MOAR CRUNCH the other day, I grabbed a pepper and sliced it into scoops. Totally worked!

And that’s most of the highlights!

6 Responses to What I Ate Wednesday: Whole 30 Edition