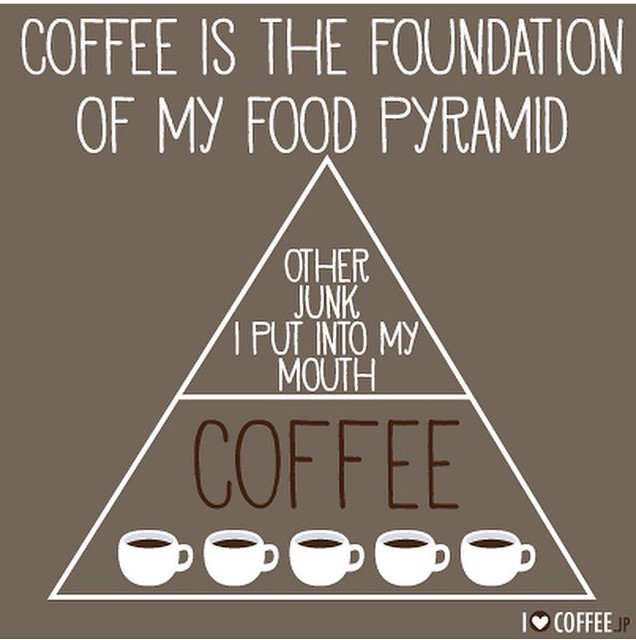 One day I had a cup and the next day I didn’t. The day after that I just kept telling myself don’t break the chain and now here it is three months later.

The only way I can think to describe the whole process is that it was as unceremonious as it was dramatic. Some of you will read that I’ve quit coffee and think “Oh cool” and some of you will probably feel The Panic creep up into your throat just considering what it would take to give up that morning cup. I was firmly in the latter camp, proclaiming that you would have to pry my coffee cup from my cold, dead hand — never being willing to deal with the consequences — and yet here we are.

The consequences are probably a good place to start since the most asked question I have gotten when mentioning that I’m no longer drinking coffee is a wide eyed “Why the hell would you want to do that?” Well, I got to a point where the consequences were outweighing the benefits — which in my experience is really the only reason anyone ever changes a behavior.

I mentioned that about 4 months ago I began seeing a Functional Diagnostic Nutritionist Practitioner. That is a lot of fancy words, right? What it means in real life is that I hired someone who could help me in a coaching capacity to help me tailor my diet and exercise to my body’s own needs. When I say coaching I don’t mean in a “Rah Rah! GO TEAM!” kind of way, but basically I wanted to work with someone on a regular basis who was a knowledgeable nutrition professional who could look at my individual situation at this particular time in my life and help design a nutrition and lifestyle protocol that would help me give my body the tools it needs to get me back on track to health.

Whoa that sounded pretty hippy dippy. But that basically sums it up. No way to de-hipp-ify that. Guess it is what it is. 🙂

The truth is my body has gone through a lot in the past few years. I’ve changed the way I eat, I’ve dropped a lot of weight, I took on a super stressful job change, I had lots of stressful life events go on, I’ve re-gained some weight and in the meantime life has gone on. Not a lot of homeostasis here on the health front, ya know? I have learned a lot about who I am and how how I deal with stress and how that affects my body. Some of the consequences of my poor stress management had me backsliding down this health hill that I worked so hard to get to the top of. Hiring this nutritionist was a tool that I really hoped could help me get back up on my feet again and start climbing.

To get a baseline she ran a battery of tests that I will probably talk about in another post but there were two major results that led me to kick my caffeine habit pretty quickly. The first: I was dealing with Stage 3 Adrenal Fatigue. (More good info about all of that here, here and here if you are interested in taking a deeper dive.) I have so much to say about adrenal fatigue, but I can probably sum it up by saying: If you are a person who is ever tired, anxious, depressed or having hormone issues it is worth looking into.

So I was basically firing on all cylinders with no gas in the tank. Wait — am I trying to use a car analogy here. That is a terrible idea. I know nothing about cars. The bottom line is, I was artificially elevating my cortisol levels with coffee and this wasn’t helping solve the problem. In fact, it was probably contributing to it at that point. My nutritionist recommended that I cut out the caffeine so we could really get a baseline for how my body was functioning without all this artificially elevated cortisol, but I wasn’t on board at first. (Can ya blame me? LOL I mean frankly I was a little scared.) I sat on the idea for a week or so and then I got some more tests back.

The second motivator, and really what pushed me over the edge to just really deal with the consequences of life with no caffeine, was getting the results of a food sensitivities test. It was lots of good information and thankfully it wasn’t only bad news – I found out that me and dairy really get along quite well! GREEN LIGHT! WOOT! (Well except for cottage cheese, but really there’s no love loss there) But on the list of foods that were causing me some serious inflammatory response (RED LIGHT!) was among other things caffeine (in any form) and coffee (regular and/or decaf.) I was paying all of this money to have a professional take a serious, personalized interest in my specific symptoms, so how could I keep turning my nose up at the idea of removing one of the most obvious speed bumps in my pursuit to health.

The day I got all of that info that I decided I was just going to have to give it a go and quit coffee. This post has gotten crazy long and I wasn’t really anticipating that so I think maybe tomorrow I’ll tell you about the aftermath of getting rid of my daily cup of Joe and some of the awesome replacements I’ve found that keep me from feeling completely deprived. Sound good? Ok, great. Let’s do this again tomorrow. 🙂