I read 5 books last month which means it’s official — I reached my goal of reading 50 books this year!

Obviously I’m kind of excited about that, and I can’t help but think that documenting those books here made me push a little harder each month. There were definitely times where I knew that if I didn’t pick up a book soon I would be showing up here and writing, “Yep, didn’t read anything” and the thought of that always bummed me out. Does that count as positive peer pressure? Who knows! But it certainly motivated me to turn off the TV and crack open a book more often than not. And in the long run, I am always happier when I am reading more.

This month, it seems I was very into mystery/thriller types. 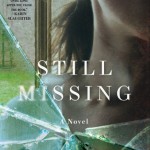 Still Missing by Chevy Stevens
In this book a 30-something realtor is abducted and locked in a cabin in the remote wilderness for over a year. After escaping, the story of her abduction and the year following it are told through sessions with a psychiatrist. When I heard that, I thought I would hate the writing style of this book, but I actually found that mostly I was able to fall into the story and get lost in the plot — which was enjoyable. Of course then she would begin each chapter with “Hey Psychiatrist, I’ve been thinking…blah blah blah” and that would remind me that the author was using this little device and kind of irritate me, but mostly I didn’t notice. The story was entertaining enough for me to overlook that though, and when I put this book down I immediately put her newest book on hold at the library. 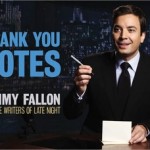 Thank You Notes by Jimmy Fallon
I feel like this shouldn’t even count as a book but I had to wait for it on the hold list at the library for weeks, so I’m counting it! It is stupidly hilarious, as is Jimmy Fallon and I thumbed through it in about an hour. Not sure it was worth weeks of waiting, but there were some hilarious one liners. For example: Thank you, Miley Cyrus, for being 16 and acting like a stripper at the Teen Choice Awards. If you REALLY wanna piss off your dad, why not just cut off his allowance?

Granted, it was probably mostly ghost written by the writers on his show, but it was Silly. Stupid. Funny. And I like that. Don’t buy it, but flip through it at the library for a laugh. 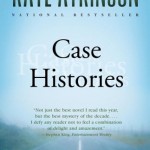 Case Histories by Kate Atkinson
The quote on the cover of this book said it was a “stylish” mystery. What the hell does that even mean, I thought. But you guys — IT IS STYLISH! It was just a pleasure to read because of the writing, not necessarily because of the mysteries.

The book’s (and series’) main character Jackson Brodie is a detective and there were 3 cases that were all interestingly interwoven together and ultimately solved. Of course that part was enjoyable, but it was the characters, locations and emotions that kept me turning the pages, not so much a heart pumping sense of What Happens Next? It was stylish, I thought to myself in the end. What a great word! Now whether that makes for a great mystery book in your opinion, only you can know. But I enjoyed it! And I will definitely read more of Kate Atkinson.

The Sixes by Kate White
Speaking of heart-pumping, page turning thrillers: this was one. I read it over a few days (even though I really needed to be doing other things) because I just had to know what happened. The ending wasn’t quite what I had hoped it would be, but the entire experience of the book was just super fun and engaging.

I’m sort of embarrassed to tell you how I came across this title, but we’re all friends here right? So I started following Katie Lee on Twitter after reading Groundswell last month and she tweeted that this was one of her #fridayreads. I am a total sucker for books about secret societies or mischief on college campuses (HELLO, Secret History…will there ever be another as good as you?) and this fed that particular addiction quite well.

I won’t say this was the best thriller I ever read, but it was super fun to get involved in and I immediately checked out 3 more of her books, which I think is its own kind of endorsement, yes? She is the Editor in Chief of Cosmo and it shows. Compulsively Readable but Guilty Pleasure-ish, you know? One of my bookshelves on Goodreads is going to be named that one day, for sure. 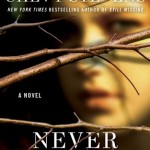 Never Knowing by Chevy Stevens
After reading Still Missing at the beginning of the month and enjoying it, I was excited to see this show up. But when I cracked open the first chapter, the main character was talking to a psychiatrist again and honestly, I was a little disappointed. I guess I didn’t realize this type of narrative structure was her schtick. But I kept going, as the story had an interesting premise: Adopted girl named Sara searches for her birth mother. Finds her, only to discover that she was the only surviving victim of a serial killer/rapist and Sara’s birth father is still at large. When the media picks up the story the killer starts calling Sara and she gets involved helping the policy try and capture him.

This book. Ugh. If I could put aside the psychiatrist thing, it was a very entertaining read at the beginning. But the ending? I did NOT love the ending of this book. Very anti-climatic and coupled with the psychiatrist gig? It all just kind of left a bad taste in my mouth. I really want to like Chevy Stevens. Undecided if I will read anything of hers again. Two might be enough.

So what did you read this month — anything that knocked your socks off?