On Fear, Failure and Feeling Alive 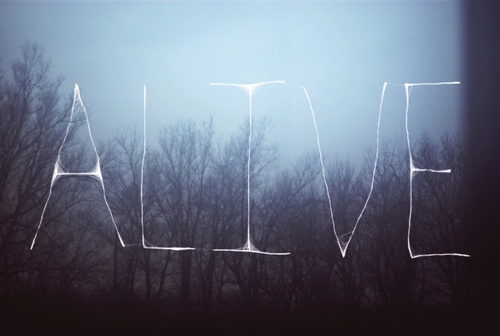 I’ve been thinking a lot about my goals lately and how easy it is to feel pulled in so many different directions. Every once in a while I go back and forth between feeling like “Oh no! That’s too much to do” and “My overflowing plate makes me feel amazing!” (And not in a Stress Addiction kind of way, I promise.) Logic says I’d have a better chance at success if I pursued fewer things, right? But here’s the thing about stretching yourself — it means you are CONSTANTLY learning and growing. And to me:

Right now in my life the to do list is long and the goals are varied. Sure, sometimes I feel a little bit overwhelmed and I’ll admit sometimes I even feel scared. But I think feeling alive doesn’t always mean feeling comfortable, and more importantly feeling uncomfortable doesn’t always mean something needs to change. I came across an excerpt from Brene Brown’s “I Thought It Was Just Me” recently and (as usual) her words brought everything into perspective that had been swimming around in my brain about all of this:

One of the benefits of growth through goal setting is that it is not an all-or-nothing proposition–success or failure is not the only possible outcome…When we set improvement goals and set measurable objectives to meet those goals, we can learn and grow from both missed and met objectives. If our goal is perfection, we will inevitably fail and that failure offers us nothing in terms of learning and change; it only makes us vulnerable to shame.

This brought me so much clarity. Most feelings of fear and overwhelm are triggered by this pursuit of perfection. And it can be so commonplace that it almost becomes subconscious. But pursuit of perfection doesn’t help make us better, it mostly just breeds fear of failure, and if I’ve said once, I’ve said it a million times: FAILURE SHOULDN’T BE FEARED! Failure is one of the most powerful learning tools we have. And as long as I’m learning and growing, I know I’m living.

And what is better than feeling alive?

On Resolutions and Failure

So many people hating on the New Years Resolutions lately, right? They say you make goals that are too lofty, that you can never achieve all of them, that you are going to fail. And you know what?

You are going to fail in so many epic ways this year.
In fact, I hope that you fail.
I hope that I fail.
Many times over.
And you know what I say to that?

What I don’t understand is this: why should we be ashamed of the failure? Because what I’m hearing is that if you *might* fail then it is stupid to even try? And man, if I have ever heard a sadder sentiment I don’t know what it is. Because in my experience, behind every success there is a string of failures. It’s how we get better. If you go down the wrong path, just head back to the start, rework your plan and then set off again. No one is counting how many attempts you make, right? And if they are, well then they have too much time on their hands and we are talking about an entirely different problem besides Fear of Failure.

Life is long, you all. Isn’t it advantageous to take as many paths as possible? It’s what confirms that we are alive and kicking instead of just existing. There’s an old adage that says “Failure defeats losers. Failure inspires winners.” So the next time someone tells you that people who set New Years Resolutions are bound to fail, go ahead and agree with them. I make goals fully knowing that there is a chance that I might fail. But I’m pretty sure the progress I make while trying makes those failures worth aiming for.

Also? I’m pretty sure I’ve made double unders my bitch. So take that, haters. 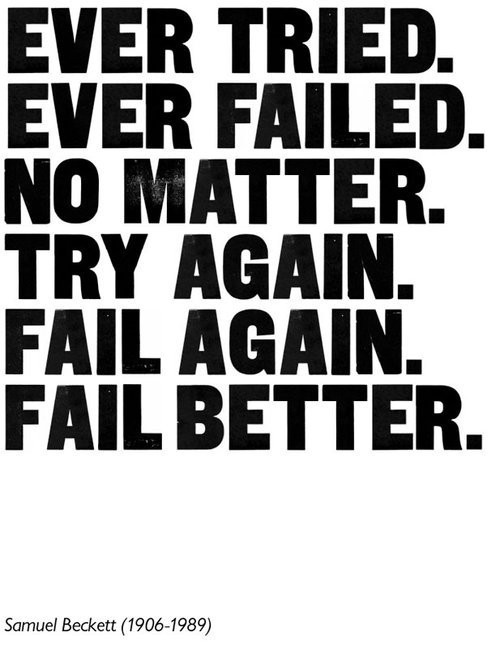