We Can’t All Be Perfect

Can I tell you what I am absolutely terrible at? Realizing that I am sick. The last time I was forced to realize I was sick I was trying to donate blood at a blood drive and was brutally rebuffed after having a fever of 101. Of course as soon as they said “Well are you feeling sick?” I started to realize…oh right, I have been super tired and my body has been achy and I’m not really eating anything and hmmm…but until the idea was forced upon me I was just walking around clueless and acting like an ass (ie: doing training runs for the half marathon last time around.) 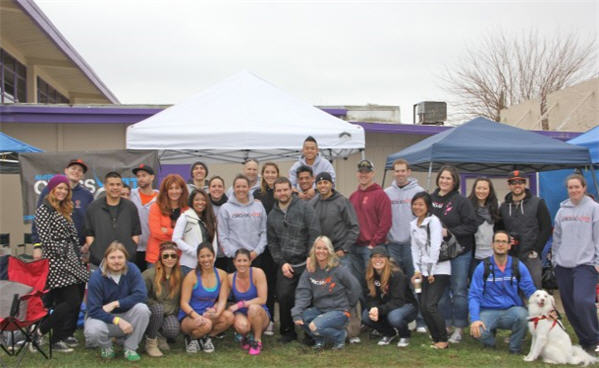 I experienced a little bit of deja vu this weekend. I was sneezy and congested all weekend but thought it was probably allergies. I got up and went for a run Saturday morning on a trail full of trees, that’s probably why I was sneezing! We had been out at a CrossFit competition all day and we had taken the dog — “It’s probably just allergies!” I had taken a couple of really long naps (which, while enjoyable, lately it is very unlike me) “Hmmm…I guess I was just tired.” It’s like I just can’t do the health math. Must’ve failed that subject in school.

Yesterday I got home from going to 4 different grocery stores and it was literally all I could do to get the groceries in the house before collapsing on the couch in a stuffed up heap! Temperature: 100 degrees. Hmmm…no wonder the 3 mile run I had done that morning felt so slow and heavy.

I wrote a To-Do list on Friday morning that had 17 things on it. Currently 14 are not crossed off and I’m feeling a little stressed about that, but I have to take it easy today . I am feeling better this morning, but not 100% so I’m just going to try and ease back into real life without diving head first into something stupid and then getting full blown sick! Like, uh, working out this afternoon which I suggested to Garrett and he just looked at me and shook his head. Crap, I don’t know — it looks like a fun workout! But I probably should just stay home and write a love letter to my immune system for packing such a powerful punch already this weekend.

I’m bummed this is all happening at the end of the Whole 30 because I feel like my cheerleading should be at an all time high right now since we are all about to cross the finish line. But know that I am cheering you on in spirit. We are almost there folks!

10 Responses to We Can’t All Be Perfect