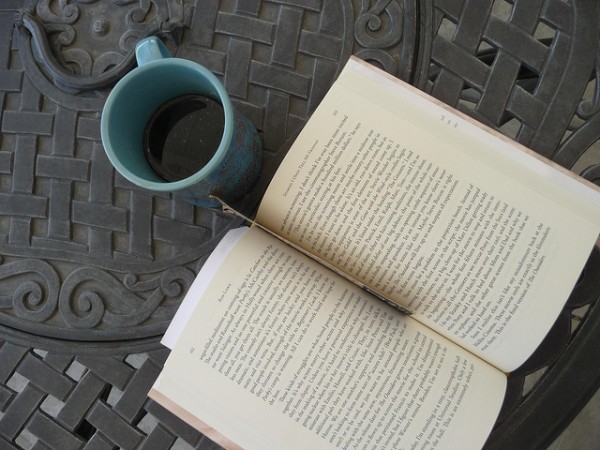 A few months ago when I asked for book suggestions, a blog reader mentioned that she thought I would really enjoy Rules of Civility.  (You were right! Thank you!) Besides being an complex tale of New York society in the 1930s, it is just a very engaging and page turning read. What I’ve enjoyed the most though is the way the author reveals information in such a subtle way. It’s the kind of book where you keep picking up small breadcrumbs of information, but you know in the end it is leading you somewhere big.

I’m also enjoying the writing, and I came across this passage a few days ago and have thought about it every morning since, so I thought I’d pass it on.

“My father was never much one for whining. In the nineteen years I knew him, he hardly spoke of his turn in the Russian army, or of making ends meet with my mother, or of the day that she walked out on us. He certainly didn’t complain about his health as it failed.

But one night near the end, as I was sitting at his bedside trying to entertain him with an anecdote about some nincompoop with whom I worked, out of the blue he shared a reflection which seemed such a non sequitur that I attributed it to delirium. Whatever setbacks he had faced in his life, he said, however daunting or dispiriting the unfolding of events, he always knew that he would make it through, as long as when he woke in the morning he was looking forward to his first cup of coffee. Only decades later would I realize that he had been giving me a piece of advice.”

Not only an interesting turning point in the book, but pretty sound advice, right?

7 Comments
POSTED IN: Rules of Civility