Hey-O! Guess who has four thumbs and didn’t die this weekend? We may have precariously placed bananas, but WE ARE NOT DEAD. WOOT!
I wanted to tell you all about it yesterday, but my schedule was very full with laying on the couch, taking bubble baths and napping. I’m sure you understand.

So Sunday morning started very early and with a very large helping of Pepto Bismol. We don’t even usually keep things like Pepto Bismol on hand, but I had a brilliant moment of clarity that morning and remembered that my mom had given Garrett a gag-gift basket for his 30th birthday full of “Old People Things” like Preparation H and other sundry items. Included: GENERIC PINK BISMUTH. Score. I’m pretty sure it was from The Dollar Store and probably expired. But whatever! I pounded that nastiness like Lindsay Lohan shoots Patron. It was amazing. Nerves, man.

We headed out to the course, stopping for coconut water and coffee (Yep, I had me some half-decaf on race day. I NEEDED IT DAMNIT!) parked the car, donned our bibs and then lined up behind about 1000 other people for the porta potties where we may have had the same conversation over and over right up until the race started. WHAT THE HELL ARE WE DOING HERE? I DON’T EVEN KNOW.

WHY THE HELL ARE WE DOING THIS? I DON’T EVEN KNOW.

And so on and so forth. Most of the people around us seemed pretty calm and stretchy in their spandex though. There were even lots of people in costume — like these jail birds and their warden, who apparently were going to run the entire race chained together like it was no big deal. I didn’t want to be chained to anyone, I was just ready to get this freaking race started because I needed a place to channel all that nervous energy.

And then all of a sudden we were off!

The course started off so great! We traipsed through the darling streets of downtown Folsom, towards Lake Natoma and down a bunch of small hills. I think at mile 2 I even shouted out “Downhill Forever!” I smartened up though and realized that for every hill I was going down, there would be one I’d have to truck right back up. This will at least give you an idea of the ups and downs of the course.

Man, there were so many! It really kept things interesting while running but since Sarah and I did not run any hills at all while we trained it definitely felt a little different. Around mile 5 I began to get a little nervous because my legs were feeling a little more fatigued than usual with all the ups and downs (DUH) and I still had more than half the race to go. Also, because there were so many downhills I was still running faster than my planned pace.

Hmmm…pacing, let’s talk about that for a minute. So obviously I only had loose pacing goals since my main goal was just to finish. I was hoping to average a 13:30 minute per mile pace throughout the entire race, which would yield a 3 hour finish time. Yes, I know there are Kenyans who run marathons faster than that, but WHATEVER.

I knew my limits and despite that fact that I am comfortably running miles between 10 and 11 minutes right now, 13 miles in a row is a whole different story. And I hadn’t done ANY sort of training beforehand regarding pace so I just picked 13 as my arbitrary number and went with it. At mile 5 I was averaging just about 12 minutes per mile, which was sort of worrisome, but with all of those down hills it wasn’t that surprising. But my little leggies were starting to feel tired. Wait, my leggies aren’t little. Anyway, at that point I just wanted to keep going.

Right before Mile 7 though came the first killer hill. It looks so tiny on the elevation map but OHMYGOD I just about died when I saw it (for locals, it is that stretch of Hazel Avenue right by the Aquatic Center. Hmmm…when you are driving up it, it doesn’t seem that steep. ha!) This was the first time I had to walk, and boy were my legs happy to do just that. I had been telling myself “Just Don’t Stop To Walk” over and over because I was afraid of losing momentum, but this hill was just going to be a little too much, so I took the time to engage some different muscles and walk up that thing. Glad I did, because I ended up being REEEEEAL tired later on.

At the summit (and the 7 mile marker) I started barreling down the hill so happy to not be going up anymore. But then I suddenly had the sad realization that running on tired legs DOWNHILL isn’t all that much more pleasant than running uphill. Tired legs are tired legs. Pace-wise this is where the race really slowed down for me. And at one point I was really hoofing it and feeling like I was working really hard and I was pacing behind a senior citizen who was SPEED WALKING. Ohmygod, mentally I almost lost it right there when I couldn’t pass the the grandpa with the walking stick, but I kept on trucking.

Luckily this was also where the race got pretty scenic and serene. It was the back side of Lake Natoma and with lots of shady trail areas so it was somewhat enjoyable, if only for the view. This is the thing that I have learned to appreciate most about running — the scenic places that it takes you that you may otherwise never go. There were a lot of those moments during this race where, despite being tired I felt really glad that I was getting to experience this gorgeous place that I live. But even good scenery couldn’t distract me from how slow I felt and how hard I was working for every step. At the 9 mile marker I stopped to chug a Gu, stretch my hips and look at my cell phone. I had texts from Garrett and my Mom cheering me on and that helped me get a bit of my mental focus back and pick up my feet. Aren’t they the cutest? My mom’s *may* have made me feel a little weepy for a minute. But it also helped me get a little bit of my fire back! (Or at least what fire I had left!)

Miles 10 and 11 though were a total blur. Everything hurt, all I could think about was crossing the finish line, and I started daydreaming about buying the biggest bottle Gatorade available. I’m not even kidding you, I was having IMPURE THOUGHTS about Gatorade when I hit the 11 mile marker. Luckily there was an aid station at 11.5, so I chugged a little bit of the Gu Electrolyte Beverage that they were shilling and it tasted like Dom Perignon. But then it was back to the grind.

When I got to Mile 12 I started really having doubts about finishing. In hindsight that was so dumb, of course I would finish I only had one mile to go, but in the moment all I could think about was that the last mile was completely uphill and just thinking about that was crushing mentally. The brain ALWAYS gives out before the body does. I began to walk and just feel really bummed and defeated. This is also for sure where my (already slowing) pace really crapped out. But then I came around the corner and saw the last bridge that we would be crossing, and it was a pretty one. 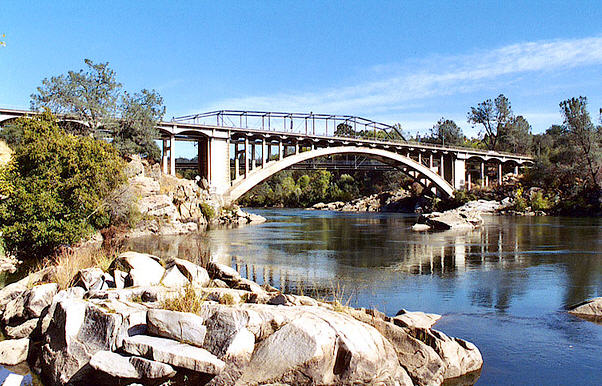 I picked up my feet, shuffled across that bridge, did a hybrid of walking and running when the winding hills to the finish line got hard and then finally spotted Sarah at the top of a big incline. She was wearing her finisher’s medal and I could see the finish line and so I harnessed up every ounce of energy I had in me and crossed it — and it felt amazing!!!!!

I didn’t break any records or anything (My average pace ended up being around 14:39) but you guys I’m just so happy to have finished. It’s a start! And it can only get better from here!

Thoughts for Next Time

(Wait…Next time? My Mom and Garrett just dropped dead over the fact that I’m saying there is going to be a next time. HA!)

I ran this half marathon as an exercise to see if I could, really. I wasn’t sure I could go for 13 miles, I didn’t really put a lot of effort into training aside from my regular CrossFit routine and a few long runs, and hey — I finished. Check Plus!

But in the past couple of weeks, and especially during the race, all I could think about it is what I could possibly do if I had tried a little harder to work on speed, or running hills, or if I really gave some energy to learning to pace myself consistently. This was a challenge that was a lot of fun to tackle, but I feel like the process of this race has helped me learn so much more about myself and my running skills and it makes me excited to do better. I would like to tell you I came home and ate a delicious salad or some healthy dinner, but I MAWED a Chipotle Burrito and it may have been the best one I’ve ever had. And then…I slept like the dead! It was a restful sleep free of anxiety dreams and running worries and it was a great way to finish off the weekend. Thanks for all of your kind thoughts and tweets and encouragement throughout the entire process you all. I literally wouldn’t have made it across the finish line without you!