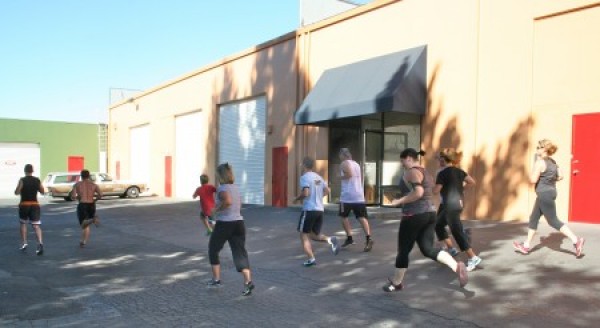 I cleaned out a bunch of crap in my office this weekend. The fun never stops, eh? Much of what I did involved fascinating things like filing bills and receipts and finding the actual homes for things that had started to pile up on my desk, but in the midst of all of it I found a bunch of To-Do Lists.

Here is my philosophy on To-Do Lists: Sometimes just the act of making one is way more helpful than completing the items on it. I am a person who regularly needs to dump her brain on paper in order to be able to relax, so as you may guess I have To-Do Lists everywhere, all the time. I mean, mostly I’m organized about the important stuff, but sometimes I make lists of “Big Ideas” or “Dreams for the Future” or “Things to Look Into” and then I scribble furiously, exhale deeply and then leave it on my desk only to have it get covered up with evidence of trips to Costco, Love Notes from our Utilities company, and other sundry items.

I woke up yesterday morning and, as I always do while still half asleep, grabbed my phone to check out the Workout of the Day at my gym. “Run a 5k” was all it said, and thus the fate of my afternoon was sealed. Happy Monday! You are going to run 3.1 miles today. Ok. Now just 10 more minutes of sleep, please. HIT THE SNOOZE.

I actually didn’t think too much of it, which in itself is pretty awesome, but I did have a recurring thought throughout the day of: “Man, life will be so great when I’m a faster runner.” Which is stupid for a multitude of reasons, but most notably these:

B. Well, B is a little bit longer.

And for that we need to go back to my random To-Do List that I found this weekend. You see it was filled with a long list of stuff that I was incredibly anxious about a month ago. I wrote it down because all of it felt overwhelming — things that needed to get done, things I could be preparing for, things I should have done months ago, things to do to prepare for The Apocolypse lest I get eaten by zombies…you know those lists, right?

So I made it to calm my nerves, promptly wanted to pass out over the sheer length of it, made a plan about a few things, but mostly just let it all go. Honestly, I never thought of that list again. But Saturday when I unearthed it, I realized that every single item on it could be crossed off.

They had all gotten completed in some haphazard manner over the last month. I didn’t have a particular strategy for getting everything done, or a plan for efficiency, or a comforting micro-managing presence over it, and yet it all got done. LIKE BY OSMOSIS…ok not really. But still. Done! And honestly, here is the reason why: I try and make a regular habit of showing up at life most of the time.

I try and spend my days being productive, having goals, putting in effort, yada yada yada. And I’ve said it before but it’s worth saying again — a lot can happen if you just Show Up and Try Hard. Like seriously. A Lot. These two elements are so powerful, yet so overlooked. An entire To-Do List, actually, can get OWNED without it really even being on the radar if you commit to showing up to life and giving your effort.

*****
So the run yesterday. Did I show up? Yep. It wasn’t even an option. I workout on Mondays, this would be no different. Did I try my best? Despite my negative speed related self-talk, HELL YEAH I tried my best. And did I end up owning it? Weeeeeeeeeeeell, I don’t know if I would go that far. But I did read a funny article prior to heading out for my run that said something to the effect of “The best running technique you can employ if you want to improve is by just putting one foot in front of the other.”

I totally took that advice. 🙂

I did the best absolute job I could do yesterday, and while a part of me still thinks “hmm…I could probably be running faster” there is another part of me that says “Dude, you ran that 5k 10 minutes faster than you did 2 years ago, without really trying.” Call that a freaking victory already.

I would like to be a faster runner though. But right now I have no Be A Faster Runner Strategy. But I’m not sure I need one really because despite the fact that I’m not really working on it at all, it is still happening. Maybe it isn’t happening at the rate I would like it to, but slowly and surely my trajectory is improving. And this is happening not only in running, but IN LIFE. And while I think it’s awesome to have goals (duh) and to dream of big things, there has been a lot of progress made just because I show up and put one foot in front of the other. This simple act moves the needle of life a lot more than we give it credit for.

So yesterday I did not PR my 5k or show the world that I was an Olympic! Caliber! Runner! Nope. I did none of that. But yesterday I went to work, kicked ass, took names, drove to the gym, warmed up, fought with my sweaty arm to get the god damn neoprene case for my iPhone on it, stuck my headphones in my ear and headed out into the heat of the day and ran 3.1 miles LIKE A BOSS. And that is PROGRESS. Great progress, actually, and I have seen no evidence that makes me think this won’t continue.

Of course I often I think about my lists and my goals and my running and my life. I think about better ways to do things and hacks I could make to my diet or my fitness or my sleep or whatever and I write them down. Because I am a little bit of a crazy person and all of that makes my brain feel better. Exercised, as it were. But sometimes — well sometimes progress doesn’t come from thinking about working on speed, or strategizing about how to better managing life, or pushing efficiencies. Sometimes the best possible thing you can do for yourself is to show up and just keep running. To put in your headphones and focus your breathing and to push yourself just the tiniest little bit. Because even though every moment will not be your Personal Record, all of those small victories eventually add up. In the end, most big changes are just the sum of a million small unrecognizable little changes, right? Eventually over time, one foot in front of the other becomes quite the distance covered when you turn around and look back.