The world works in mysterious way I tell you.

You see, I’ve been thinking about what I want to write in this post for a couple of days now. Usually it’s a fun monthly recap and a reminder for me to take a minute and think about what I want the next month to look like. What can I say, I like intentions and of course the ritual of finishing one chapter and then starting the next.

Looking back on my intentions for June, despite the fact that they were all kind of vague (Spend time with friends, hit up Sonoma, work on my running YADA YADA YADA) they were mostly successful. I checked off some events, did some traveling, crossed items off lists, and basically did what I had set out to do. Great, right? Oddly enough though, when I look back at June I don’t really feel all that victorious.

I figured it was partly because I was coming out of an overwhelmed funk. I mean, let’s be real, I’ve been getting a little emo around here lately. Then I thought I was just being hard on myself because I am sort of this way by nature. Or maybe I just needed a good pep talk. Yes! That’s perhaps that was why I felt a bit of an empty victory over June. But yesterday morning I came across two things that made me think a little more about the whole thing.

The first was a quote on my calendar at work. I started my Monday morning by flipping to the month of July, and the quote at the bottom said this: 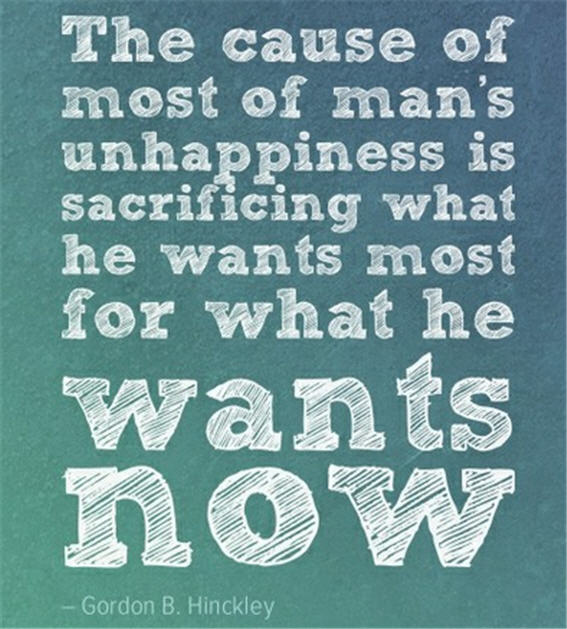 It made me stop and think — what do I want most? As a goal-setter/list-maker this is a hard thing for me to distill down. I have SO MANY goals and I want to do them all! Unfortunately this means I can get easily distracted, but usually it is not for long since The Malaise sort of takes over when I veer too far off course. So I thought about it some more.

What do I want MOST?

And the answer — as it has been all year — has been to be in the best shape possible when we start trying to get pregnant. Not the skinniest. Not the fittest in America, but My Personal Best. And lately a lot of the things that I have been prioritizing — the eating and drinking and traveling every weekend — while fun, have not really been getting me closer to that goal.

I’m not saying that letting loose over the summer is a bad thing at all. But for me, and for THIS summer — it is not the thing I want MOST. It ends up being the thing I want RIGHT NOW when I get to Friday, Saturday and Sunday. And while indulging on the weekends is fun, it is also tiring and takes some recovery time. Back to back weekends of getting out of town and eating crappy food on the road and clinking a few too many glasses with friends have left me feeling a bit worn down.

Not what I want MOST.

The second thing I came across was this New York Times piece about Busyness that spread like wildfire through basically all of my social media channels. My favorite line:

“The present hysteria is not a necessary or inevitable condition of life; it’s something we’ve chosen, if only by our acquiescence to it.”

I’ve talked about The Cult of Busy before and how it is something that I struggle with. And I think the thing about June, to me, was that everything was sort of crammed on my plate in 30 minute scheduled increments and I just kind of let it all fly by.

Acquiescing is a choice. And I would like to make a different one in July. So with that, here’s how I want July to shake out.

*Keep at least one weekend day to yourself – If you have to say no to things, people will understand.
*Get back to clean eating 7 days a week – my weeks are pretty dialed in but the weekends tend to lack some focus.
*Make some performance based fitness goals – I’ll talk more about this later, but I touched on it a bit here.

And honestly, that’s it.