CrossFit Love: How Sharing Fitness Has Improved My Relationship

I think I’ve told you this before but I reeeeeeeeally had to twist Garrett’s arm to get him to come to CrossFit with me for the first time. I believe his exact response was, “No thanks. I don’t need to be a (F-Bomb) Navy Seal.” He had watched a few videos on the internet after I suggested it and instantly decided it was not for him.

(Sidebar: If you are thinking about CrossFit, disregard 90% of the meat head videos on the internet. This is NOT real life.)

Anyway, I finally pleaded my case to him and said that I just didn’t want to go alone. Would he just consider coming with me once, and then if he hated it he never had to go back again. That was almost a year an a half ago, so it’s no spoiler how that all worked out. Now he loves it! Well, at least most of the time. 🙂 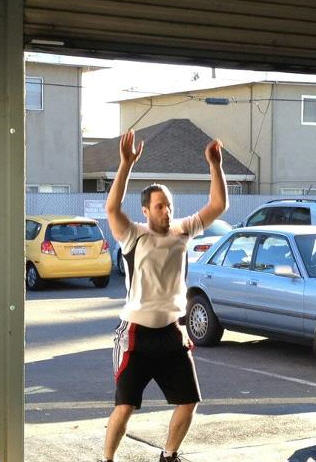 This is halfway through Open Wod #1 which was 7 minutes of burpees. I don’t think he loved it right then. (And who could blame him?)

We have both seen a ridiculous amount of positive changes, individually, because of Crossfit. But the thing that has been the most awesome (and partly because it was completely unexpected) is that it has really helped strengthen our relationship. Bonus! Caity over at Moi Contre La Vie wrote about something similar recently and it inspired me to share our experience.

Here are five big reasons that I’m so glad that Garrett and I CrossFit together:

1. There’s Always A Hand to Hold (Or, Rather A Spotter Handy) 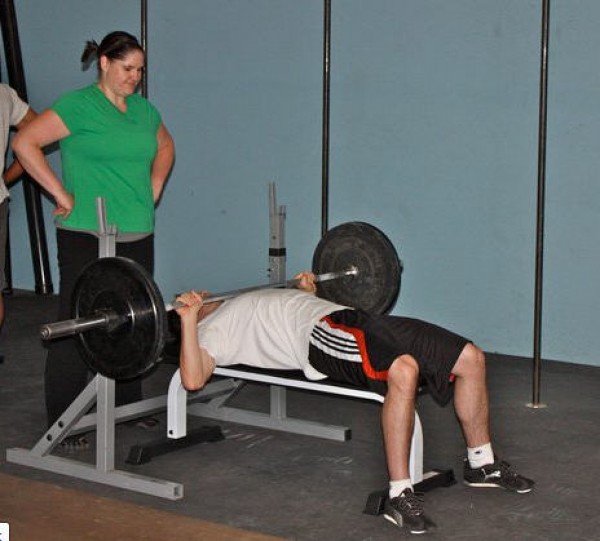 The couple who bench presses together, stays together.

Starting something new can be scary for anyone, which is why it is sometimes easier to do with a friend because you can pump each other up and strategize before or after class. When you do it with a significant other though — the person who can read your non-verbal cues like a book — it’s almost even more comforting. Garrett can tell when I’m nervous or feeling insecure and I can do the same. We both make an effort to support each other a little extra in those moments.

2. You’ll Have Your Own Secret Language Having individual fitness goals that you can talk about together is not only beneficial for keeping on track, but it creates a level of intimacy. I know when I make a goal Garrett is 100% in my corner. He keeps me honest and pushes me when I need it, and I do the same for him. It’s built in accountability and built in understanding. Although on the other hand — it’s a built in bullshit detector. Garrett can always tell when I’m making excuses and I can do the same. That’s the best/worst part. 🙂

3. Having a One Man Cheering Section Feels Pretty Great 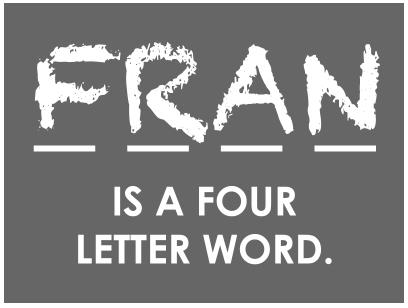 We all have bad days. I had a remarkably bad one doing Fran the other day because I was feeling insecure, I wasn’t in a great head space and I let something get to me that I shouldn’t have. Ten thrusters in I dropped the barbell feeling so defeated, but Garrett quickly came over and started pep-talking me back into a good head space. And he knows just how to do that because he is my Partner in Crime. He followed me around for the next 6 minutes just like an overly aggressive Soccer Dad. And while that sounds nutso, it was JUST WHAT I NEEDED in that moment. And I was so grateful for him afterward.

4. We Now Prioritize Spending Time Together Improving Ourselves Post-Workout Afterglow is one part  sweatiness, one part happiness

I used to always spent 5-6 hours a week at the gym, but back in the day that was time that I spent away from Garrett. Alone time is necessary (OBVIOUSLY) but sharing a fitness routine for us has increased not only the quantity of time we get to spend together, but it has improved the quality of time. Now instead of spending that time watching tv or reading, we get to spend 5-7 hours a week supporting each other through challenging workouts. And it overflows into other things like making new recipes together, or supporting our buddies at CrossFit competitions on the weekends too. It’s fun having a shared interest that works its way into your social life. Speaking of social life…

5. It’s A Great Way To Meet Other Couples With Similar Interests Making friends as an adult is haaaaaaard, right? And making Friends Who Are Couples is also kind of a challenge. But lots of couples enjoy working out together, and it’s fun to have met so many in our short time CrossFitting. I just don’t think you don’t get that going to a regular gym, right? I mean can you imagine how creeper that would be if you were approached by folks on the prowl for couple friends at a 24 Hour Fitness? Awkward! 🙂 I’d be wondering if they were going to invite us to a key party, or trying to sell us on their pyramid scheme.

The most important thing that I’m constantly reminded of though when we head into our CrossFit box each though isn’t only specific to working out. When it comes to fitness, life, or especially relationships I think that there have been no truer words spoken than the one’s written on the back’s of all of our sweatshirts: 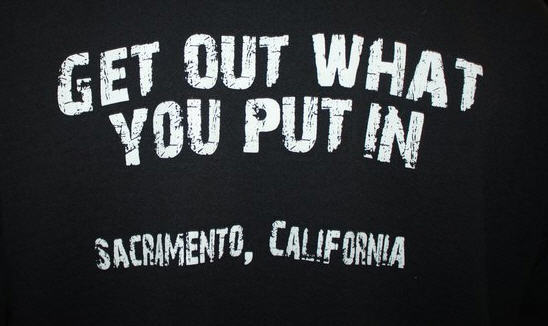 True Story, my friends. True Story. And I’m just so happy we’ve found such a fun way to put work into our relationship.

*unless otherwise noted, all photos courtesy of American River CrossFit.

14 Responses to CrossFit Love: How Sharing Fitness Has Improved My Relationship