Getting into The Zone

So I’m sure there are a million stupid puns and titles that I can use when blogging about my adventures with The Zone Diet, but I promise you I will try to go easy on those. I just wanted to pop in to let you know how the first full week went.

Preeeeeeeeeeeeetty good.
Well at least okay.
I mean it was cool most of the time.

Ack. There is not an easy phrase that will sum up how we did.

How about this: We survived and we are forging onward! That makes it sound like a grand adventure, yes? Let’s go with that.

I will be honest with you, it was an adjustment. About 3 hours into Day One I shot this video over to Larry (my trainer extraordinaire who is being our cheerleader on this Grand! Adventure!)

But honestly, then I had lunch and I was fine. When I weighed out my first portion of protein on that first day, I was fairly sure I was going to die of starvation. But what do you know — I did not! And I did not feel hungry at all the rest of the week. My fears — unrealized? So that was pretty great. And one of the upsides was that I not only felt satisfied, but light on my feet. That’s a good feeling.

It was not all sunshine and roses though. Weighing your food is a giant pain in the ass, folks! You will not hear me glossing over that. It blows. But everyone said that after the first week you will feel more comfortable doing that, and yesterday I realized if I am going to do something that sucks, instead of doing it 3 times a day I’m going to do it for 2 hours straight while listening to Lil Wayne and shaking my ass. So I did a little food prep WOD with my scale and measuring cup and actually it was kind of a blast. And this morning when I woke up, I was so happy to not even have to think about what I was going to eat. Now my fridge looks like this and we have many (perfectly portioned) things to eat for breakfast and lunch: It may not be the prettiest my fridge has ever looked — a food stylist, I am not! — but I don’t have to really THINK about weighing and measuring anything for a while. And that makes my heart go pitter pat.

On the menu this week:

Holy Hell we are having a lot of SALAD!
But I love salad, so I’m okay with this. Salad, salad, salad. YUM! It makes me excited about my little tomato seedlings growing strong in my kitchen. I’m ready for the summer garden!

Dinners
To Be Determined

The reason I am leaving dinners open (well sort of open, they will be comprised of chicken, turkey or ground beef) was that one of the things I struggled with last week was the feeling of having no creativity in the kitchen. And you know I freaking LOVE TO COOK. So that was a bummer.

But I decided since Breakfast and Lunch are basically taken care of all week, I am going to try and get a little more creative with dinner. New spice rubs, some more fun techniques — just be a little more “ME” in the kitchen now that I have my bearings about me. And if I have to measure that a little at night, I’m ok.

Oh, Shall We Talk Results?

Both of us felt notably lighter and better all week. The forced portion control actually worked well in that we didn’t feel hungry but very…I don’t know…more light and efficient.

At the end of the week, I was down almost 3 lbs, which ruled! I did weigh myself mid-week though (I couldn’t resist) and had gained 3 lbs and let me tell you I almost threw in the towel right then and there. But we all know the scale is a stupid stupid stupid metric for something like this. Do you struggle with Scale Addiction too? Please go read this then. I needed to hear it this morning! I may have Garrett hide the scale in April. Who knows? haha

Also I hit some PRs in the gym, so that was fun. This week’s CrossFit Games Open WOD was basically all heavy lifting (which I have not been focusing on for about 2 months) and so it felt nice to perform pretty well. I threw 100 lbs up over my head and HEY-O, I actually caught it a few times. Sweet. I’ll take it.

I feel like it was a great idea to combine trying Zone while the CrossFit Games Open is going on, because it gives me some motivation to stick to it in hopes that it will help me perform my best. My best certainly isn’t going to win any gold medals, but damn if I want to do it all the same! Anyway, there were highs and lows, but I feel even more equipped this week so I am running with it.

What kind of Grand Adventures did you have this week, folks?

These 11 Question posts have been popping up all over the place and I know these kind of things are sometimes lame. But I really liked the questions that Honey + Fitz used, so I’m doing it. Even though I wasn’t tagged by anyone. RULE BREAKER!!! Maybe there will be some tidbits in there that you didn’t know about me.

As for Tagging people to play along…MEH. I think you should ALL do it if you want. It’s fun to think about and fun to write. And if you do…leave me a link so I can read it, would ya?? 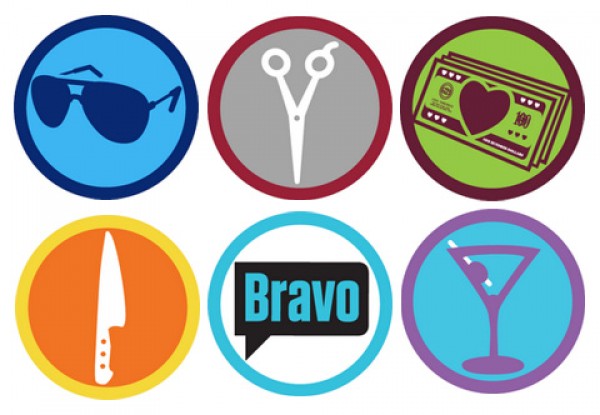 Chance are if it’s on Bravo, I watch it. I’m pretty dedicated to all the Real Housewives franchises (except Miami was kind lame.) I love Top Chef when it’s on, Bethenny Ever After, obviously and I love some Andy Cohen on Watch What Happens Live. I just want him to come over and have drinks with me in my backyard.

Runners up go to Santorini and Cinque Terre, but I don’t really *crave* international travel like I do domestic. I actually might hit up 2 of these places this year. How awesome would that be??? 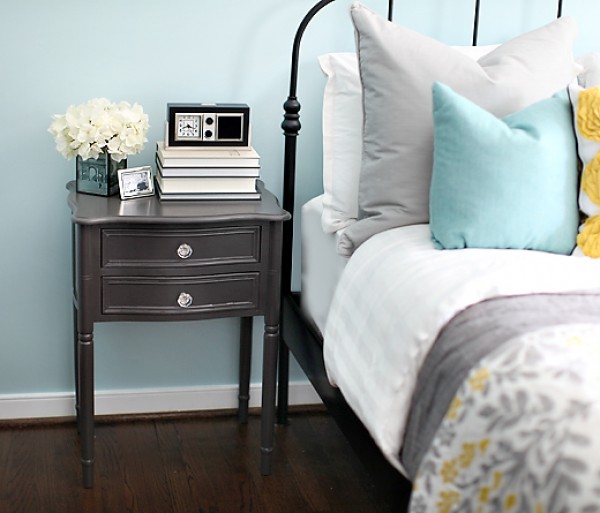 I have yet to tire of turquoise. I love it with gray, yellow, white, green…you name it. My decorating preference lends itself to cool colors. Would you be surprised to know that NO ROOMS in my house are decorated in cool colors? Fail. 🙂

4. Do You Use The Snooze Button On Your Alarm? 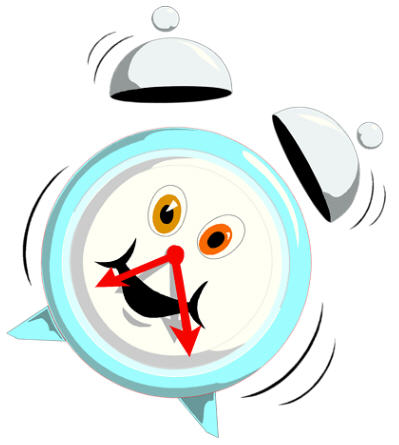 I don’t, but Garrett loves it so he often talks me into to staying in bed for 10 more minutes. Honestly, it’s not that hard to twist my arm because my bed is literally my favorite place in my house. But in general I get up right when the alarm goes off. I’m the type of person who is delighted to face the day most mornings, and I gladly bounce out of bed. My levels of Morning Person-ness are obnoxious. I’m not always wide awake, and I do require coffee, but morning is my favorite time of day. I’m always happy to see it. Both Garrett and I grew up as a lonely only. Well, except neither of us were lonely and we both kind of loved it. I waffle back and forth between wanting a gaggle of geese for our little family and wanting to just have one little babe to focus all our time and attention on. The truth is, it’s probably not my decision, so we’ll see what happens!

6. Do You Collect Anything? 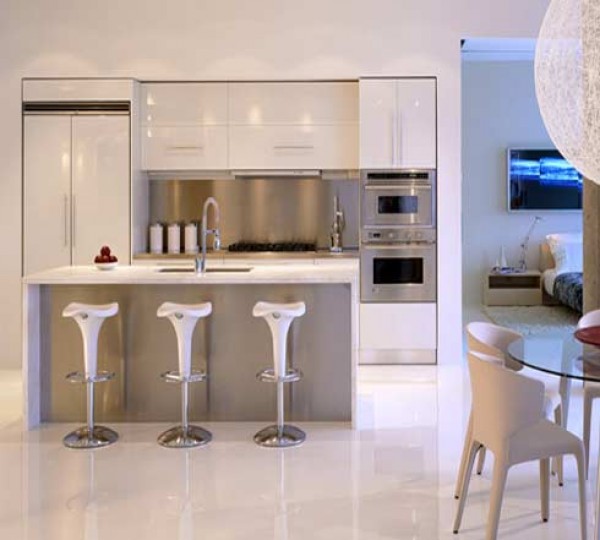 I collect shiny, clean surfaces. They could make a show about me called Anti-Hoarders. I don’t collect, stack, keep or get overly attached to many things, so the short answer is Nope.

7. What Is Your Middle Name?

When I get married I think I will keep my last name as my middle name, because I can’t actually get rid of the name Woodcock, right? I mean COME ON.

Holly Woodcock Franklin. I like the sound of that! 🙂

8. What Did You Want To Be When You Grew Up? 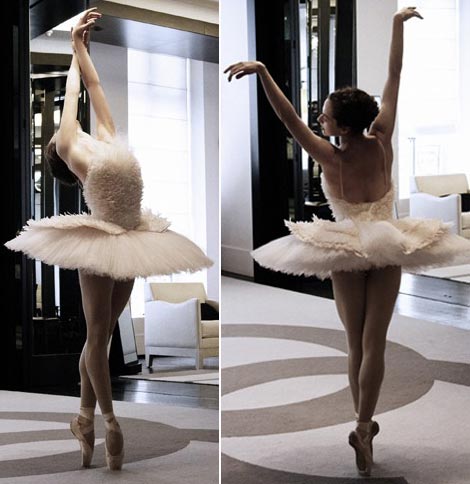 Well, that didn’t go as planned did it?

9a. Are You City or Country? 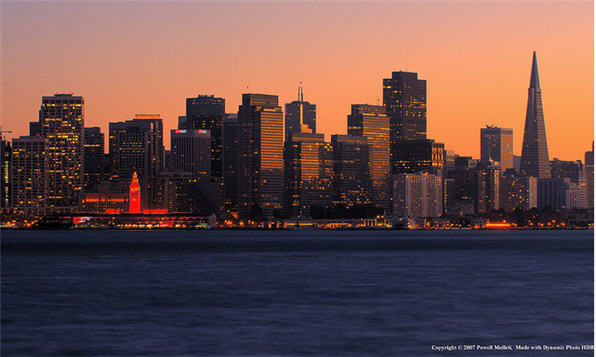 I’m a city mouse but Garrett is all country. Actually I think he would like to move out to the woods and live in the Unibomber’s neighborhood or perhaps just a nice cottage on Walden pond. I hope we explore lots of both options (ok maybe not the Unibomber option) in our lives.

9b. Tom Boy or Girlie Girl? 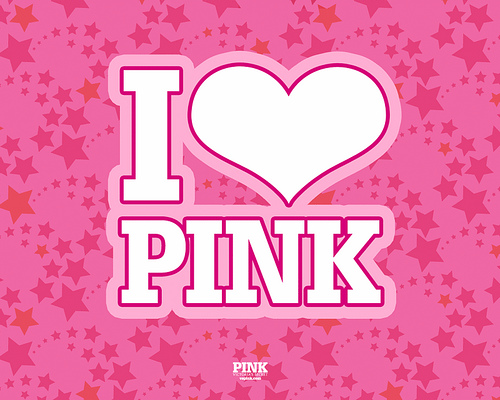 For the record though, I hate all that Pink-Is-Written-On-My-Ass Victoria’s Secret crap. GAH! Enough with that!

We can’t all be perfect.

10. Fancy Label For Your Decorating Style?

11a. What Would Your Friends and Family Say Is Your Best Quality?

I’m kind of craptastic at keeping in touch.