My book choices were kind of all over the place this month which definitely made things interesting. Chick Lit, Memoirs, Thrillers, Young Adult — I found a little bit of everything! I picked up some books I loved, slogged through some books I should have put down and finally (FINALLY) read The Hunger Games. So many books, so little time!

While I started reading 9 books I only finished 7. But it was still a good month and it’s been a good year. I’ve read 63 books on a goal of 50 for those of you counting so I guess I’m going to have to make a better stretch goal next year. That freaks me out just thinking about it.

Anyway, on to the books! 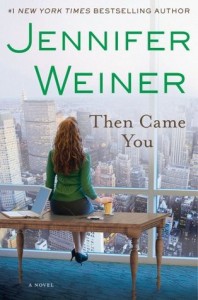 Then Came You by Jennifer Weiner

So I am completely okay with acknowledging that my reaction to this book was heavily based on the fact that I had just spent a month reading a trippy, scary book. All I wanted was something light. Something fluffy. The cotton candy of books, as it were. And of course, this delivered. If I’m being honest, the characters were a bit one dimensional and it was somewhat hard to connect to them. But that was okay for me because I just wanted to flip pages and feel happy. Done and done.

Random fun fact about this book: Do you read Door Sixteen? Of course you do because you are creative and fabulous and way cooler than me. Anyway, she designed this book cover as well as many others I love and have read. You probably have too. Check it out. Does that not sound like the best job ever? 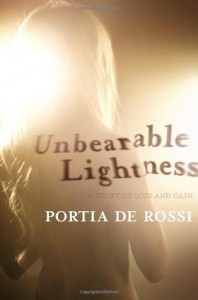 I need to find a more creative way to apologize for the fact that I seem to enjoy really depressing memoirs. I don’t know what’s wrong with me. We can still be friends though, right? Obviously unless you have been living under a rock or have never watched Oprah, you know this is an anorexia memoir. Sidebar: when I mentioned that I might read an anorexia memoir on twitter earlier this month you should have seen the spam I got in response. Anyway — depressing content, celebrity author: this was right up my alley. And yet, I didn’t love it.

I think there is just something hard about hearing about the Poor Me Stories of Hollywood’s Rich and Famous. I mean, I get why she ended up anorexic but I don’t know, the way it was written just sort of irked me. I was interested in the behind the scenes stuff about Ally McBeal because when I was living in LA and working in Brentwood a lot of the cast were regular customers. But even the juicy stuff just read sort of flat. She seems fairly happy now though, so hey — good on her!

So there are so many ridiculous plot points in this book that are not even remotely believable. The main character wakes up and finds the coworker she just slept with murdered and she just leaves the apartment? Crazy stuff is going on at the fertility clinic that she works with, everyone is a suspect, and she just goes aimlessly wandering through files doing some Nancy Drew shit? She teams up with a reporter who is totally ethical and not at all in it for a story? I mean so! many! unbelievable things!

But also: it is totally compulsively readable and I loved flipping through every page. I couldn’t wait to see what happened next and if my guesses about the killer were right (they weren’t) and overall it just was so enjoyable. I think it’s safe to say this was like bad television but in book form. It has it’s place and sometimes I really like it!

My only complaint (and it’s kind of my own fault) is that if you flip to the last page — the killer is named right then and there. There is basically a sentence that says “(Main Character) couldn’t believe that (Murderer’s Name) had committed all of the crimes.” And man, I am known to poke around the back of the book now and again. I don’t *try* and read the ending but you couldn’t help it with this book if you get anywhere near the last page. So um…don’t…if you plan to read this. 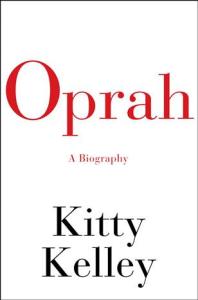 Oprah: A Biography by Kitty Kelley

I wanted to love this book, I really did. And I don’t doubt that it is full of interesting things if you are not too aware of Oprah and her story. But as I have watched way too many E! True Hollywood Stories and Lifetime profiles, it became clear that I was, perhaps, not the target audience. In the end I put it down before finishing because it seemed a little mean spirited in parts and because there weren’t any new revelations. Also because I was listening to it on audio book and it was TWENTY DISCS. So you really have to love something to commit to TWENTY DISCS. Additionally it was narrated by the author who just does not have a future in radio, if you know what I’m saying.

What I did find sort of interesting for a while though was the fact that Oprah didn’t cooperate and wouldn’t be interviewed for the book. Kitty Kelley spends a lot of time discussing this and of course what it means to write an “Unauthorized Biography” right off the bat and I found it a little fascinating. Kelley (or perhaps her assistants, more likely) pieced together the entire book from interviews that Oprah had given to others. She chose to make an entirely separate text from already existing interviews and psychological conclusions based on what information was and wasn’t divulged at different times. Watching her craft that was interesting and a little meta, to be quite frank, but I’m not sure I buy it as 100% accurate, which is how Kelley sells it. “These are Oprah’s words. I’m just repeating them. No judgment here!” But there was a lot of bias. 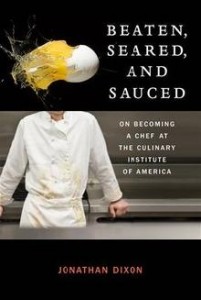 Beaten, Seared and Sauced: On Becoming a Chef at the Culinary Institute of America by Jonathan Dixon

This was another book I wanted to love, but just kept putting it down because I wasn’t really drawn in. The premise is so interesting though, right? Behind the scenes at the Culinary Institute of America — I mean, what the heck is that like? I’m dying to know.

And I’m still dying to know because after 3 weeks of it sitting on my nightstand I still didn’t have any desire to finish it.

The weird part is, Dixon is a pretty engaging writer. I think the book was just too chronological to really peak my interest. I wanted to hear more of a story, not just a description of events. I’m sure it is a good book, it just wasn’t a good fit for me at the time. Maybe you will pick it up and read it and actually finish it? If you do: TELL ME WHAT IT IS LIKE! 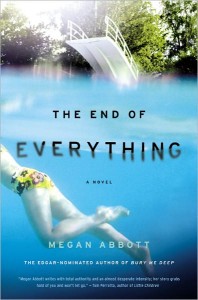 The End of Everything by Megan Abbott

I do not say this very often, and I want to be somewhat delicate about this, but I can’t: I REALLY DID NOT LIKE THIS BOOK. It’s 200 some odd pages of my life I will never get back.

Two things to note:
1) This is not the author’s normal genre and she is quite notable in her genre of choice
2) TONS of people seem to love this book on goodreads

I didn’t for two main reasons. The first — it was completely overwritten in a way that I find super irritating. The author was trying very hard to create nostalgia and to me it was so heavy handed I felt suffocated. Every freaking adjective was hyphenated — The two friends weren’t close they were “body-close,” her comforter was “bed-wraggled,” every single adjective was qualified in a way that was supposed to provide insight and nuance in its description and it just made me want to throw the book across the room. But I kept reading.

The premise was interesting: two young best friends, one disappears — what happens in the aftermath? You want to know, right? Well so do I, still! The ending was totally not resolved in a way that was satisfying or that made sense. Not that we don’t find out what happens to the friend, but it just seems way out in left field and then there is this sick undercurrent of incest and molestation and grooming and it’s never really confirmed or denied so it just seems icky and unnecessary. I’m sorry, but man I hated it. Thank god it was short.

I left these for last because, well — they were the last books I read this month! But also because I wanted to talk about them collectively. Full disclosure — I have a few pages left to go in Mockingjay but I’m done enough that we are counting it towards November ok? Okay! This is my website, I make up the rules! 🙂

For the most part — I loved these books. After a terrible, horrible, no-good, very-bad book (hyphenated adjectives used for effect!) it was nice to flip through something that had a clear narrative arc and no creepy molesting undertones. The first book was awesome, I couldn’t put it down. The second was pretty interesting but became sort of repetitive at the end. And the third — well, seemed a little slapped together. It was my least favorite, but I hear I am not in the minority on that.

That said — I would SO RECOMMEND THIS TO OTHERS. And now all of you are like “Duh, welcome to the party.” But it took me a long time to *want* to read these because I’m not really a fan of dystopian worlds and all that business. But this had just the right mix of complete and utter ridiculousness, mixed with believability.

It was a good time, that trilogy. So now that I TOTALLY trust your advice, what do I read next? Stopping to read all The Hunger Games books has completely screwed up my library book schedule so I’m open to suggestions! 🙂