Well I am halfway through AndreAnna’s Look Better Naked Paleo Challenge and this week I’m taking the good with bad. Now don’t go getting The Facts of Life Theme Song in your head now, okay? Because that earworm will plague you ALL DAY LONG.

I was super un-organized in the kitchen this week. I made a meal plan and mostly stuck to the meals but not on the days listed. I was scrambling to thaw meat, prep things, we even ended up getting some takeout (Chipotle — so mostly paleo, anyway!) but the major fail was I think I skipped breakfast most of the week.

You know what happens when I skip breakfast? CHOCOLATE COVERED RAISINS HAPPEN.

Also, I felt very drained this week. It’s just too big of a coincidence to think that my random eating, a bit of sugar ingesting, and Friday/Saturday night wine-imbibing had nothing to do with it.

I seem to have a pattern of eating super well all the time when I have breakfast, eating mostly well 5-6 days a week no matter what, but then lately with holiday parties and such it’s just about guaranteed that I will get CRAZY PANTS for at least one meal on the weekend.

I’m looking better and still maintaining weight/losing a bit but I’m kind of feeling like shit. I think January is going to be a welcomed reprieve from crazy food-related socializing! Don’t get me wrong, I’m not looking for 100% compliance 100% of the time ever but I’m just ready for opportunities to deviate to be less often.

For the third week in a row I kicked ass on the fitness front, working out 6 times on a goal of 4. (WHAAAAT?)

Monday was Front Squats and a Benchmark WOD
Tuesday was a WOD that made my shoulders want to fall off.
Wednesday was an awesome day of rest!
Thursday was the workout where I *almost* got my Toes to Bar!
Friday’s Benchmark was Cindy. And my armpits still hurt when I put on deodorant 3 days later.
Saturday was 19 min AMRAP in honor of a local police officer who was killed.
Sunday was a leisurely 2.2 mile run with a good friend where we caught up, gossiped and all of a sudden had run a couple miles. AWESOME!

It seems that I can pretty well say fitness is dialed in. I don’t have any doubts about that. Diet and sleep however are where I want to do the bulk of my fine tuning.

I just totally sucked on the sleep front this week, getting 5.5-6 hours of sleep per night. This meant I drank a metric ton more caffeine and I felt it.

I only work two days this week and then I am off until January. I REALLY REALLY REALLY want to focus on rest. Not just sleeping, but making sure I’m listening to my body when it’s tired and not using caffeine to help me push through. It should be a fun little experiment. I still plan to be getting out of bed at the crack of dawn because I’m crazy but maybe I will take more naps? Get in bed earlier? I don’t know, but I’m thinking about it.

I maintained on the scale this week but I suspect that has more to do with weighing myself the morning after drinking half a bottle of wine than where I am actually at. I think I’ll try and leave the scale alone this week. Especially after seeing this little nugget of inspiration: 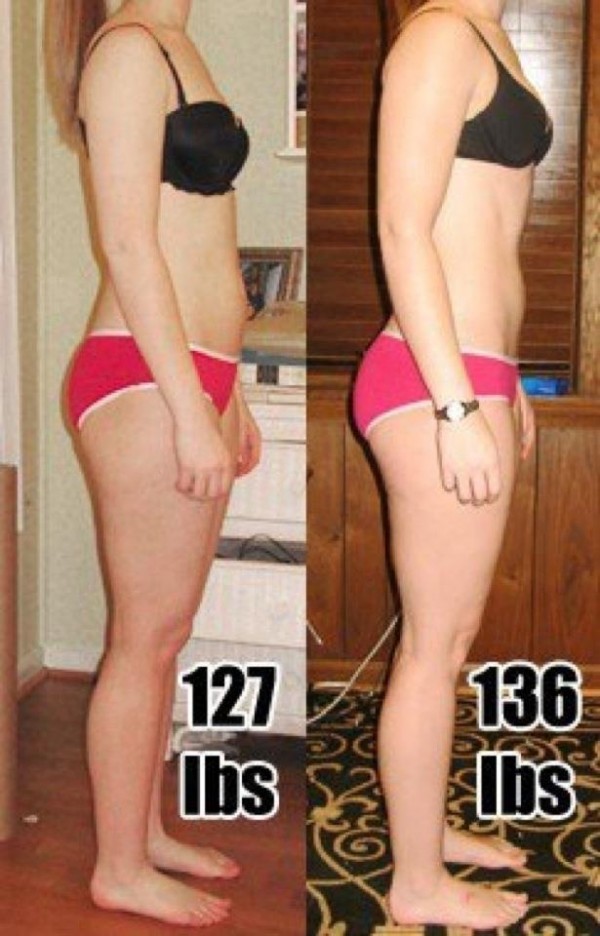 I know there is not a magic number but it is hard to keep that in perspective while I still feel like I want to lose a few pounds. I want to be aware but not obsessed. Haven’t quite found that balance yet. At least I know I’m moving in the right direction, so that is PROGRESS!!! Which you know I’m interested in.

My goals for this week: Christmas is here! I plan to get plenty of rest, so I’m going to lay off on the scale checking and just try and enjoy feeling good and eating well (until Christmas Day where I plan to overdose on all things Non-Paleo. Sorry, but it is one day a year and we have TRADITIONS, YOU ALL!)

Are you participating in the challenge? How are you feeling?