Smooth Is The New Skinny?

I basically hate Rob Thomas of Matchbox 20 and, poor thing, it isn’t even his fault.  I actually blame it all on Santana and that god awful song “Smooth” that was officially 1999’s Most Overplayed Hit. If you just had to click on that link to remind yourself of the song I am talking about, know that I am envious of your ignorance.

Fun Fact:  I just fell down a Rob Thomas rabbit hole and found out that he originally wanted George Michael to collaborate with Santana on that song (Thomas originally wrote it for someone else)  and man if I don’t feel like I just dodged a bullet since I probably would have grown to hate George Michael too!  Then instead of throwing away all of my Matchbox 20 albums what if I had thrown out all my Wham! Records?  OHMYGAWD, a world without Wham! is not a world I want to live in. 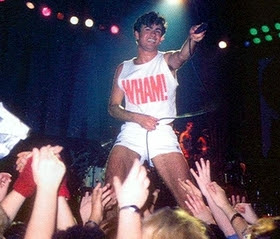 (Collective sigh of relief for a minute.  Wham! Rap FOREVER. )

So all the Rob Thomas talk is because I heard “Smooth” this afternoon and not only did I NOT feel even one iota of rage, but I listened to it all the way through!  I KNOW.  Are you dead from shock?  Don’t Die! Come back to me!  Please?  Because I am about to tie this into weight loss and cross-dressing, and that is fucking impressive I think.  Besides, what else are you going to do right now?  Fall down a Rob Thomas rabbit hole?  I Do Not Recommend.

I didn’t turn the station because it reminded me of a text message I once got from my cousin Kelly when her in laws came to visit.  They were driving up from LA one weekend and upon their arrival Kelly sent me a text that said:

OMG, my father in law just rolled into my driveway in a shiny new mini-van blaring Rob Thomas and Santana’s “Smooth.”  And this struck me as so hilarious in that moment.  I mean, right now, I want you imagine your in-laws rolling up in your driveway in a brand new shiny minvan bumping Rob Thomas and Santana? Or bumping anything for that matter IN A MINIVAN?  I dare you not to laugh.  And when that song came on today I had a little perspective shift.  Instead of having PTSD flashbacks to 1999 as per usual, I thought of Kelly’s awesome Father-in-Law and his (obvs) awesome mini-van and enjoyed the entire song.
Perspective shifts are magical!  Like Unicorns! 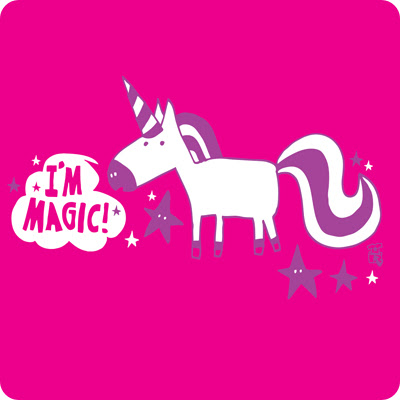 And speaking of laughing hysterically and perspective shifts, two people called me skinny at work today.  This has happened with an increasing frequency over the last few weeks and I drop dead of shock Every. Single. Time.  Mostly because the truth is, whether I have lost weight or not, I could still give the majority of NFL Linemen a run for their money if we were standing on scales next to each other.  I definitely do not associate the word skinny with myself.  I am not even close to my goal weight, and at 5’10 and NOT of tiny bone structure, I’m not afraid to tell you that my goal weight is somewhere around 175lbs. I KNOW!  That probably makes some of YOU want to drop dead of shock.

But here’s the thing, at 175lbs I’m pretty sure I will look strong and hot as hell, so don’t die!  Get out your smelling salts one more time and come back to me, would ya?  Pretty please?

(Boy all of this dropping dead is getting a little exhausting, but I have to admit a part of me just died inside just telling you about my goal weight in like, actual numbers.  But we’re all friends here, right internet?  So why shouldn’t I let you in on that goal!  175lbs it is!)

So this other thing that I wanted to let you in on?  Was how I made Garrett try on women’s clothing the other night.  I know *kinky* right?  Speaking of dropping dead, Garrett just dropped dead of embarrasment because I told THE INTERNET that he wears women’s clothes.  All of his fears that his girlfriend is a blogger without boundaries have come true. MWAHAHAHAHA.

Seriously though, it was only jeans, and I made him do it out of sheer curiosity that I promise to explain.  He is a good sport, that Garrett, that’s why I keep him around (see also: The Cuteness.) He goes along with these flights of fancy that I have and doesn’t even really look at me funny anymore when I write about it on the internet.  Can you believe I never even put that on my wish list of Character Traits In My Dream Man?  Single ladies, this trait is underrated.  Add this to your lists immediately.  It is worth its weight in entertainment value alone.

So I made him try on women’s jeans not because I am crazy/kinky/cool, but because we were hanging out with my family the other night and everyone kept telling him how skinny he was and how he is going to waste away to nothing and OMG DO YOU EAT?  THE HORROR.

Yes, he has lost some weight.  Actually over 10% of his body fat since we started CrossFit and went Paleo, and now at 5’11 he weighs in at just about 175 lbs.   And, whoa whoa, wait a second — that number sounds familiar doesn’t it?
That is THE number. Only, you know he’s a boy.  So of course I made him try on a bunch of different jeans to figure out what size he would be in women’s clothing.  And guess what?  HE FITS INTO A SIZE 12.  I mean what a freakin’ waif.  You better watch yourself, Kate Moss.
No one can get over how svelte he looks, but you know if he was a woman, he would technically be a Plus Sized Model and most brands of “Investment Jeans” wouldn’t even sell his size, FATTY FATTY FAT PANTS.
And those Size 12 jeans he was trying on?  Are the jeans that I *hope* to fit into when I get to my goal weight.  My own personal skinny jeans.  But the truth is, I don’t even know how I feel about that word skinny anymore anyway?   Do I really want to be *skinny*?  I don’t know.  I’ll tell you what I do know though:  I am working hard.  I am a work in progress and that is okay.  I am doing my best to become a healthier person so hopefully someday we can have kids and I can tell them about how their dad used to dress up in womens’ clothes.   Well okay, maybe not that exactly.
I know I’m doing my best to learn about how my body works and what is healthy for me.  And I’m also working hard to make sure that throughout this process I continue to look in the mirror and like what I see.  Not just physically, but emotionally.  And most of the time that last part involves some serious shifts in perspective.  It’s a process, you all, but I’ll tell you what — if I can shift my perspective enough to listen to an entire Rob Thomas song after 10 years of wanting to stick my finger in my eye every time I hear it, then frankly I can probably shift my entire perspective on almost anything.

4 Responses to Smooth Is The New Skinny?