My Life is an Episode of Modern Family 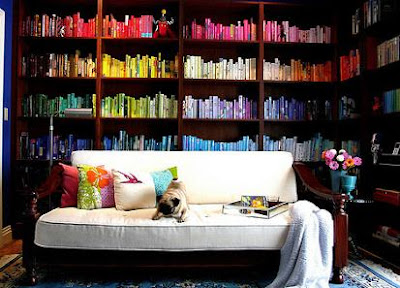 Have I told you this story before?  I’m sure I have but I am too lazy to look in my archives.  I do this in real life too — tell the same stories over and over again — so listen this is just what it would be like in real life, ok?

Oh, before I tell you this story — HAPPY FREAKING FRIDAY!  Man is it just me or has this week felt long?  Also contributing to my end of week super-sloth-ness, we hosted friends for dinner last night (hooray for mid-week dinner parties!) and while it was so much fun: we stayed up too late, I enjoyed one too many cocktails, and this morning my alarm sounded like a sledgehammer to the head.  Can you believe when I was going to bed last night I actually had the audacity to say “Hmm…should I set the alarm for 4:30 am so I can get a run in at the gym before work?”

(Balance is not a concept I really understand, YET.)

Anyway, so back to my story.  The one you have probably heard, yes.  You see Garrett and I do not fight very much.  Sure we disagree about things, but we’re generally good at coming to a resolution without much fanfare which is why I don’t have many raucous tales of mug shot worthy disputes on this blog and just like the cliche, we rarely go to bed angry.  I kind of like it this way, actually.  But about 6 months ago not only did I spent the entire evening pissed and sobbing at Garrett, but I also went to bed at like 8pm — AND I WENT TO BED ANGRY — alert the press!  At the time I think Garrett found it the most befuddling because he could not figure out what he did wrong. It was very much this exact scene  from Modern Family.  Frankly, we are Phil and Claire.   Well, actually Garrett is just Phil.  I mean the resemblance is just uncanny at times. 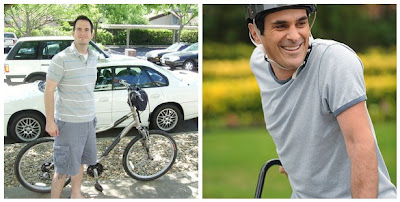 So, what made me so angry?  Let me tell you:  he took every single book off of all 3 of my beautiful (and quite obviously, in my opinion) ORGANIZED BY COLOR Billy bookcases in our guest bedroom.  And when I came home he nonchalantly said, “Oh, I decided to reorg the bookcases since there was no rhyme or reason to them.”  Actually he didn’t say ‘reorg’ because that would be lame, but the truth is, I didn’t hear much of what he said after I walked into my the room that once housed my BEAUTIFULLY ORGANIZED BY COLOR books and saw them strewn about all over the floor.  Hours of work now just tossed about into piles (gasp!) organized by authors’ names.

Something about this just made me so incredibly upset, but I think no one was more upset than Garrett, who just kept waiting for Ashton Kutcher to show up and tell him he was being Punk’d.  That never happened though, and I just went to bed crying.  My god, again, sometimes my melodrama seems so LAME the morning after.  Anyway, it has now become something we laugh at because, really?  How can you not.  But we have also established the importance of hereinafter all books being organized by color, so you know:  Duh! Winning! and all of that crap.

So!  All of this to say, Modern Family rules.  And this video kind of turns me on: